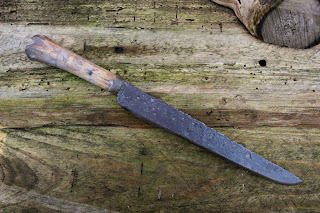 I wanted it to look as if it had been dug up and cleaned a little (all the dirt and crud on the blade is new....well it's old dirt of course, I guess I mean it's not the same dirt you gave me with the file)  As I built it the whole idea changed somewhat to being a knife that was made using a file that had already been long discarded. At some point it somehow became part of an earlier "collection" and then ended up in the ground for a time, but not for a length of time spanning back anywhere near to the time of it's manufacture. Then of course, you found it. 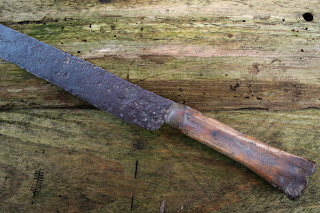 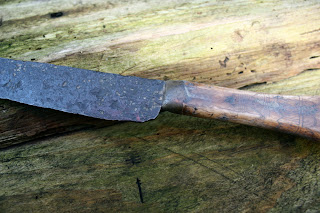 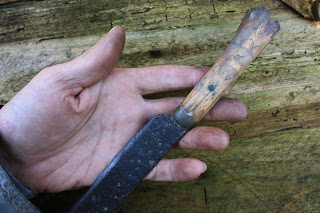 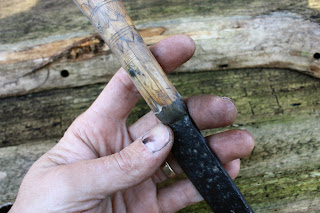 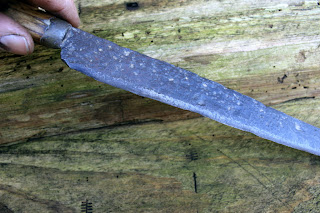 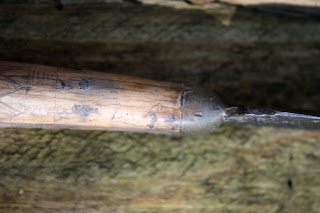 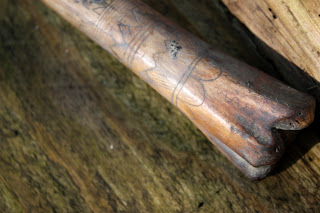 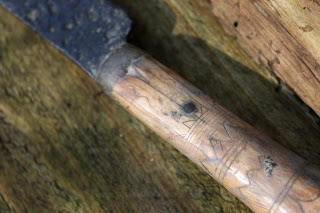 Copy by Ian Pratt with photos by Maryellen Pratt.
Posted by Contemporary Makers at Friday, December 09, 2011