"The Longrifle Makers of the Salem School" C. Michael Briggs and Blake Stevenson 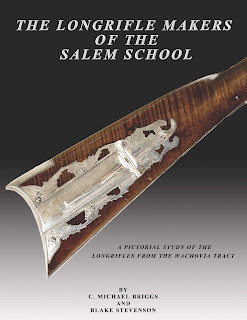 The following are exerts from the introduction to the book :

“Longrifles have been an important part of Salem culture since the very beginning. The Moravian records describe how Andreas Hoger, Peter Boehler, and Herman Loesch traveled in 1754 from Pennsylvania to North Carolina to assist in creating the Moravians’ first settlement in the southern colony. An architect, a builder, and a surveyor, Hogar had been sent from Europe to surey the church’s recently acquired tract of nearly 100,000 acres, called Wachovia.

Hoger’s finished survey featured an ornately drawn cartouche at the bottom right displaying  a flintlock rifle and a surveyor’s rod lying in front of a shot deer. Today Hoger’s survey provides us with the earliest representation of a Moravian firearm in North Carolina.

In this book, the authors Michael Briggs and Blake Stevenson demonstrate how the relationship of the Moravians to longrifles did not end with Andreas Hoger. Wachovia became a center of the early gunsmithing trade with talented craftsmen like Andreas Betz, Valentine Beck, and Jacob Loesch. In the nineteenth century, smiths like Herman Buyner and Elias Schaub continued the trade in Bethania, while the Vogler family of ingenious craftsmen craftsmen working in Salem – Christoph, Nathanial, Timothy, and John – elevated it from craft to industry. The Salem rifle became a “gold standard” for early southern rifles that influenced the style of non-Moravian craftsmen within a wide radius.”

The following are exerts from Briggs foreword to the book:

“The goal of this book is to provide a clear picture of the longrifles made by the Moravian gunsmiths of the Wachovia tract in North Carolina.

We are lucky the Moravians were great record keepers. The records provide an accurate history of who the gunsmiths were in Bethabara, Bethania, and Salem. It is the goal of the authors to provide the records as we have found them.”

We recently received a copy of "The Longrifle Makers of the Salem School" for our review. The historic overview is outstanding. The reader is provided with a wealth of information regarding the Moravians’ religion and culture. The artistic elements of the school are also well covered. The history of longrifle making in Wachovia is intensive. In addition a discussion of RCA 42 from George Shumway’s book “Rifles of Colonial America is most interesting. Insights are to be gained from  discussions between Eric Kettenberg, S.P. Gordon, and Bob Lienemann. An in depth look at the makers is most enlightening. There are a number of pages devoted to the subject.

In addition to the invaluable historical and biographical information there are page after page of full color images of the rifles. Each rifle has multiple views. There are literally hundreds of images. The rifles are grouped as follows: The Early Years, The Vogler Years – Signed Rifles, The Vogler Years – Unigned Rifles, The Later Years, Rifles From Bethania, Salem Boy’s Rifles, Area Gunsmiths Influenced by the Voglers, In addition there are photos of Salem Pistols, Salem Powder Horns, and Powder Horns from Wachovia.

The author also offers some of his own observations and questions for future historians.

An appendix by Kenneth Orr offers insights on Salem triggers versus Davidson triggers. The trigger photography is outstanding. Appendix 2 provides a look at the Salem School by Blake Stevenson, Appendix 3 looks at Why the Eagle Patchbox Finial. Appendix 4 features a number of  photos of homes, gunsmiths, and tombstones. Other Appendixes deal with the tang configuration of Salem rifles versus Davidson Rifles, Wachovia Gun Shop Inventory records, a Salem rifle at the Smithsonian, John Bivins’ notes on a Vogler rifle at the Greensboro Historical Museum, a discussion regarding the maker of RCA No. 42 with Wallace Gusler, Eric Kettenburg, Mel Hankla and Frank House, Michael Briggs and Blake Stevenson, Christoph Vogler’s estate day book, Moravian Artisans in North Carolina: A brief study primarily relative to the firearms trade by Eric Kettenburg, the book concludes with a look at the last Salem School rifle.

This is a fine and highly informative book. It’s a large volume consisting of 374 pages. All the information is invaluable.  Well done Briggs and Stevenson! 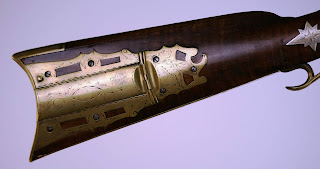 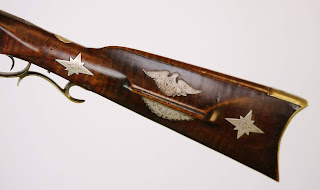 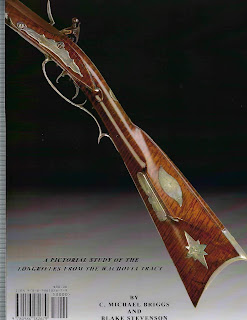 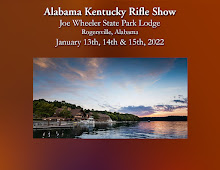