During the War of 1812, the extraordinary acts of heroism and bravery of many American patriots became legendary and their names were entered into the pages of history. For many, even after the war, these deeds served to advance their careers in ways they probably never dreamed of. The feats of General Andrew Jackson, especially at the Battle of New Orleans, successfully propelled his political career to the very heights of presidency the United States itself.
His was a house hold name, and his likeness was instantly recognizable by Americans everywhere. The Contemporary Longrifle Association is fortunate indeed that a craftsman as talented as Harris Maupin of Hillsboro Missouri carved that likeness onto a special “Old Hickory, Hero of New Orleans” salt horn and presented it to us for our special “War of 1812 Live Auction”.
Looking at this little treasure, you too will recognize General Jackson at once, just as you will recognize that it is true piece of contemporary American folk art at its finest. The CLA is honored to offer this fine one of a kind carving to you at this year’s event, and hope that you will join us as we commemorate the War of 1812 and celebrate our shared American heritage. 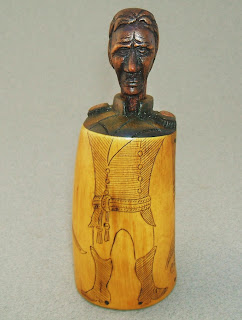 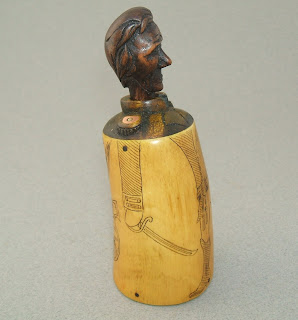 The saber is held in his right hand. 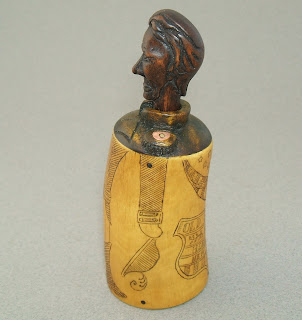 An officers hat typical to the era is held in his left hand. 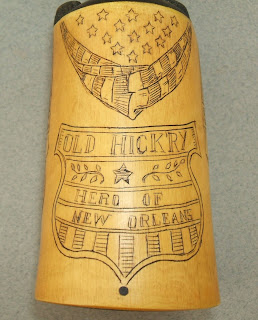 Engraving on the back of the horn. 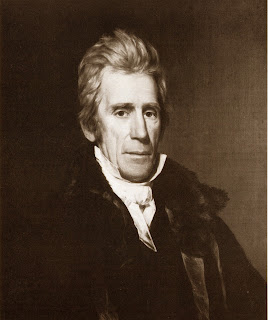 A painting of General Andrew Jackson by Corwine. 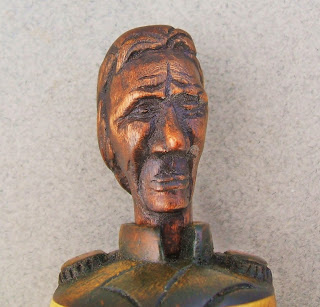 A close up of the carving.

Copy and photos supplied by T.C. Albert. Information can also be found on the CLA site on the auction.
Posted by Contemporary Makers at Wednesday, March 28, 2012