It has been about 20 years since I put a rifle together but I realized it was time to get back at it so there are enough around for the grandkids.

This rifle is an interpretation of what a blacksmith/gunsmith in the over mountain area might have turned out on the Watauga, for instance.  The walnut came from Freddy Harrison through Roger Sells.  Freddy did the buttplate and the general butt shape.  The barrel is a 40 cal 44 inches long.  The stock has been scraped and finished with linseed oil and lampblack.  The iron parts, other than the Chambers lock, and Davis triggers, I hammered out.  The lock, lock plate, trigger guard and patch box are finished with sal ammoniac brown.  The metal is forged and filed in the blacksmith tradition.  The thimbles and nose cap are heat blued. 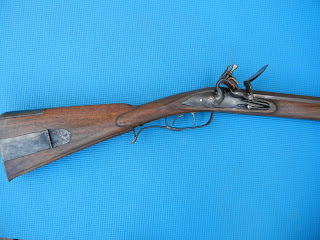 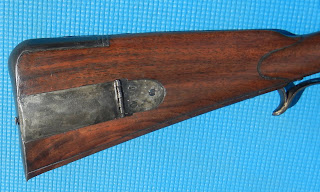 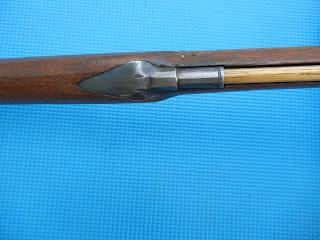 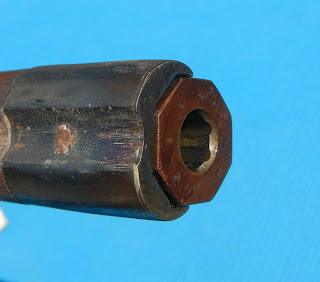 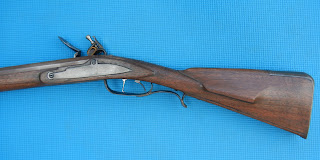 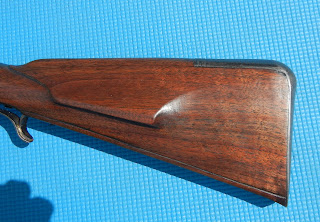 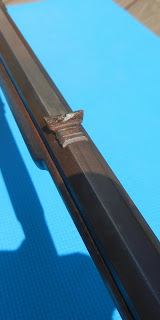 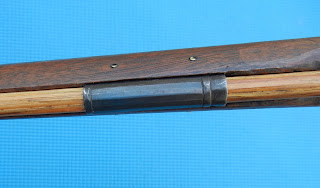 Copy and photos supplied by Heinz Ahlers.
Posted by Contemporary Makers at Monday, May 09, 2011