Tench Tilghman (December 25, 1744–April 18, 1786) was an officer in the Continental Army during the American Revolutionary war. He served as an aide de camp to General George Washington, achieving the rank of lieutenant colonel. 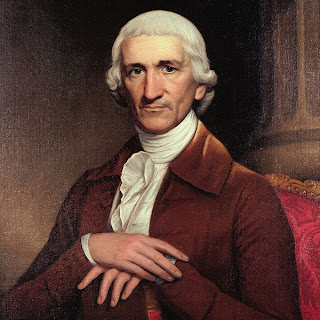 Charles Thomson (November 29, 1729 – August 16, 1824) was a Patriot leader in Philadelphia during the American Revolution and the secretary of the Continental Congress (1774–1789) throughout its
existence. 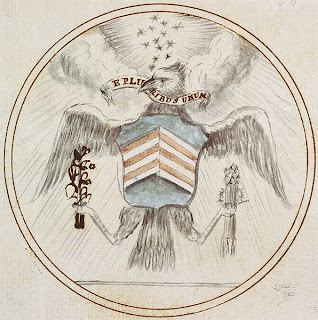 Preliminary version of the Great Seal of the United States by Charles Thomson, the Secretary of Congress. Three separate committees had tried and failed to come up with a suitable design for a national seal which satisfied the Continental Congress; Thomson then took elements from all the preceding designs and came up with this version, which is very close to the final design. William Barton made some further refinements before the final report was submitted.