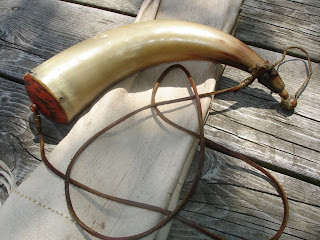 About ten years ago I made this horn as a blanket prize for a chunk gun shoot. My friend Harley sponsors this annual shoot and turns all the proceeds over to the York family to help maintain Alvin York's home in Pall Mall, Tennessee. This is the simplest of horns with a tulip tip, no markings, a painted yellow pine plug attached with thorn pegs and a stapled crack. It remained on the blanket until the very end and lay there all by its lonesome. When Harley finally called his own name to take something he grabbed the horn and declared, "What a butt ugly horn this is!, I was hoping nobody would take it." Ever since it has traveled from chunk match to chunk match and still gets reverently called by the same name. 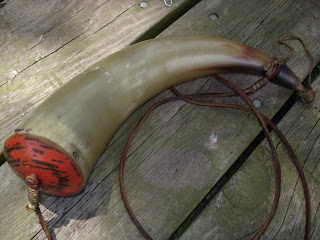 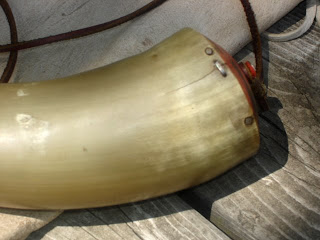 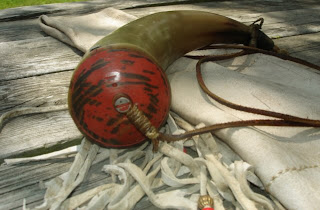 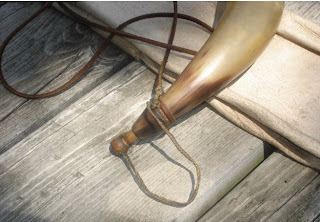 Copy and photos by Jim Meili.
Posted by Contemporary Makers at Saturday, August 01, 2009