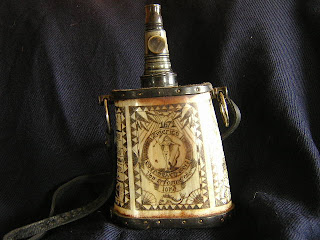 The spout and mechanism are made from cow horn and brass pins.  I had researched a man who was captured by Pirates, rescued by Henry Morgan and given a job as a sniper by Morgan himself.  Morgan was reportedly the first man to use snipers with rifled guns.  He would place them in the rigging of the ship much as the British Navy and Marine Corps did. 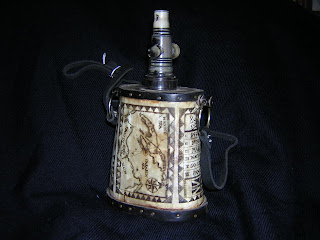 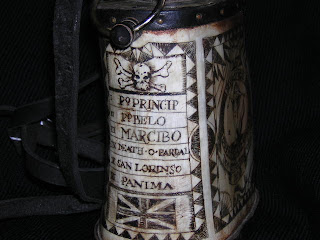 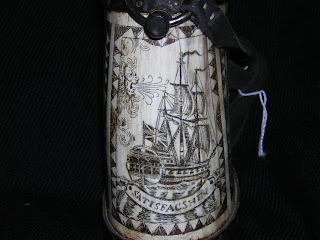 The ship on which he traveled and on the back side of the flask.