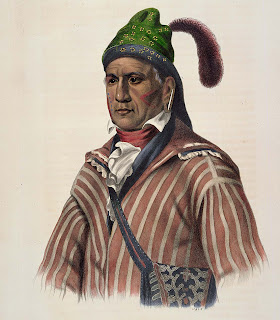 Menawa
March 27th, 1814
Menawa, warrior of the Upper Creek nation, along with 1000 warriors or Red Sticks as they were sometimes called, fortified themselves behind a wood and earth barrier on the “horseshoe” bend of the Tallapoosa River in North Central Alabama. On the above date, sometimes in the morning, Andrew Jackson attacked the Creek with approximately 3,300 men consisting of Tennessee militia, United States regulars and Indian allies from the Cherokee and Lower Creek nation.
While facing overwhelming odds, the Creeks fought bravely but ultimately lost the battle. By the end of the day, over 800 Upper Creeks died at Horseshoe Bend. Menawa survived, having been wounded several times, was left for dead on the battlefield. He was able to get in a canoe and float downstream where he was discovered and nursed back to health by Creek Indian women.
This battle effectively ended the Creek nation and was one of the events that helped Andrew Jackson became president of the United States. 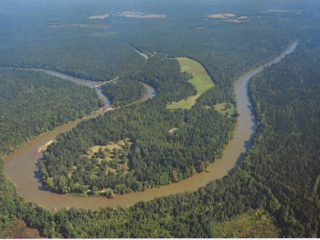 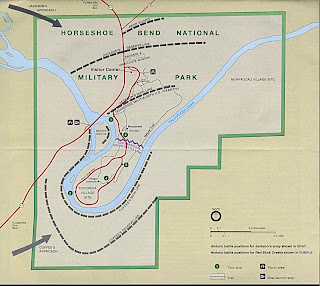 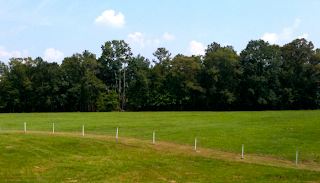 White post mark the area that the barricade stretched across a field. The Creeks frought from behind this point facing west while Jackson’s troops advanced down a hill coming from the east.
Note: On the afternoon of the 189th anniversary of the battle, I sat in these beautiful woods. It was quite an experience. Was I to feel the spirit of those Indians buried alive? The spirits of the murdered women and children? Was I to feel the presence of the Creek tribe – of Menawa? I must say-as I sat alone, there seemed to be a feeling that- as I try to recount it, is really not explainable. Almost as if I had been present at this tragic event 189 years before. This event signified the largest an some say, the most tragic defeat of the native Americans by the white European Americans. This battle ended the Creek nation. 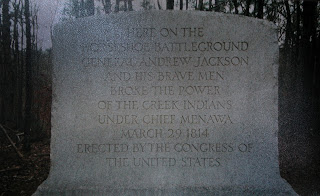