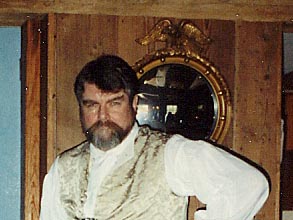 Ed Thomas of Sevierville, Tennessee was a life long student of the American longrifle, particularly those of southern origin. In the mid 1960's Ed worked in the Colonial Williamsburg gun shop with Wallace Gussler, he was talented in all areas of wood and metal work. Ed was an early participant in historical re-enacting and attended many events such as Ft. Loudon and Eastern rendesvous. He was active in mini KRA shows and attended the CLA show in Lexington. Ed's genial disposition and friendship will be sorely missed by many.