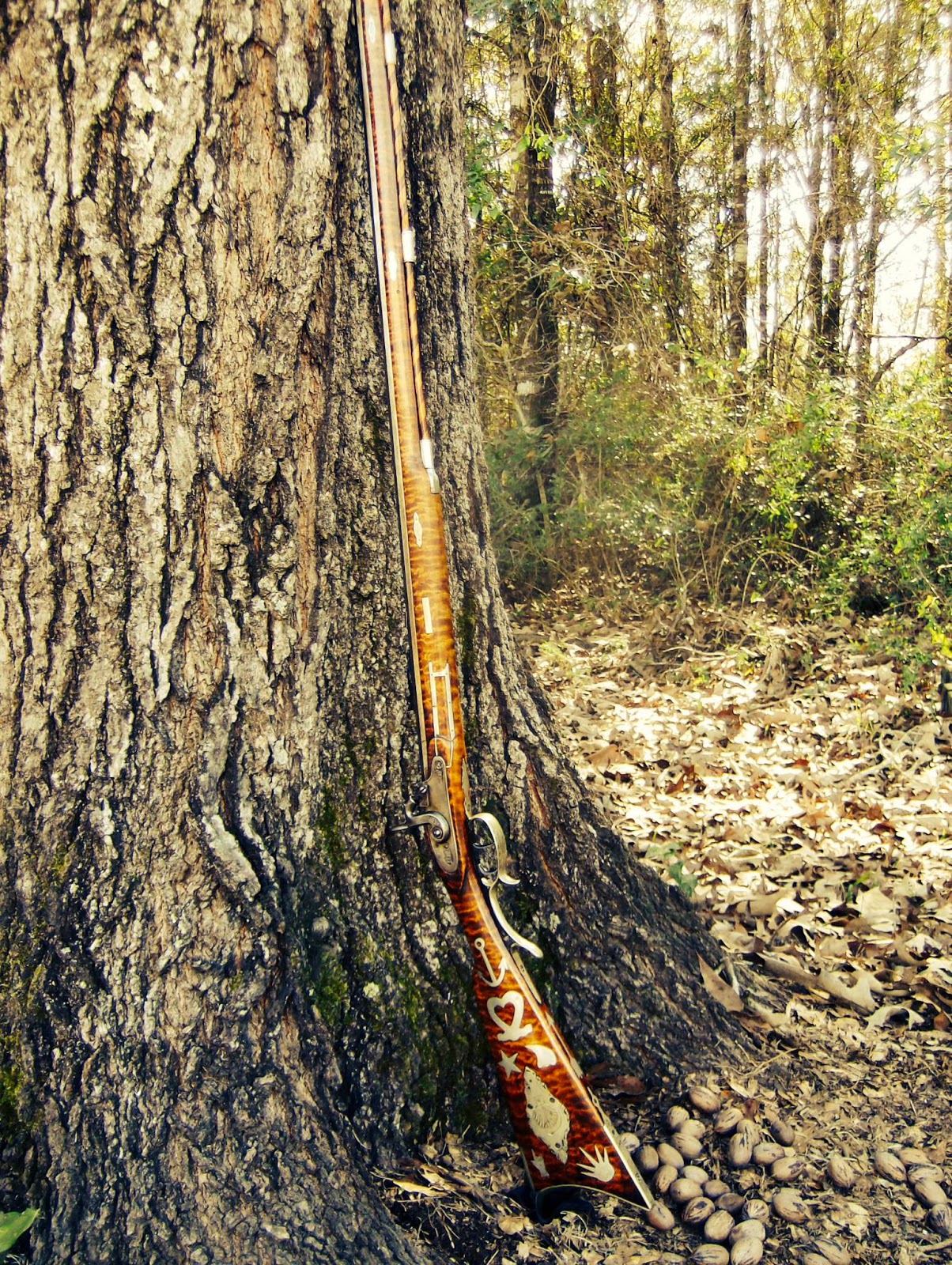 This rifle has just come to light. In a time that every one seems to be into early carved rifles, there is another side. When the carved period ended many wealthy farmers and merchants had the money to have a presentation quality rifle or pistol in the Percussion Period made for themselves. The later rifle makers were just like their earlier gunmakers, they built what was in style for their time period. Most rifle makers were just as good as the earlier makers, just different styles. As in our time period, some guys make one style, then other makers will make what you want , early period or later, what ever pays the bills. The rifle featured here was made by a maker with initials GMH. The wood is rare for the Eastern side of the country being quilted maple, but it does show up on occassion. The stain and finish in varnish are period to when it was made. The condition is in perfect shooting order. There are 37 Silver engraved inlays of fine quality.  The gunmaker was a superior engraver. All of the hardware from end to end is made of silver. The caliber is 40. The lock is a Goulcher and very tight. It has a 13" trigger pull. A neat feature is there are 2 cap boxes, left and right side. The cheekpiece cap box has a big buck setting down., my photos do not show the detail in the engraving. The rifle was made by a American Artist and he left his artistic impression for us to enjoy for along time. 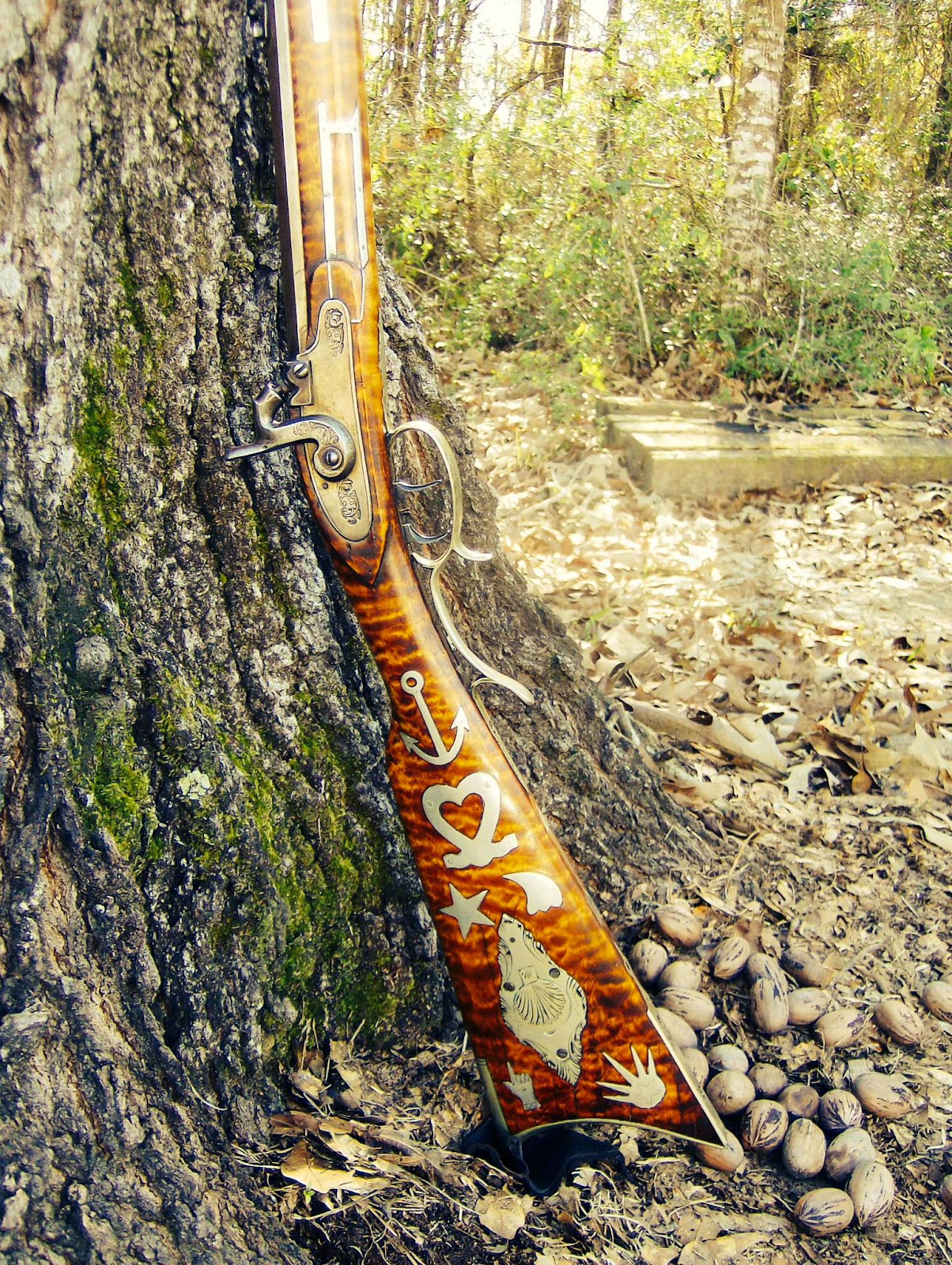 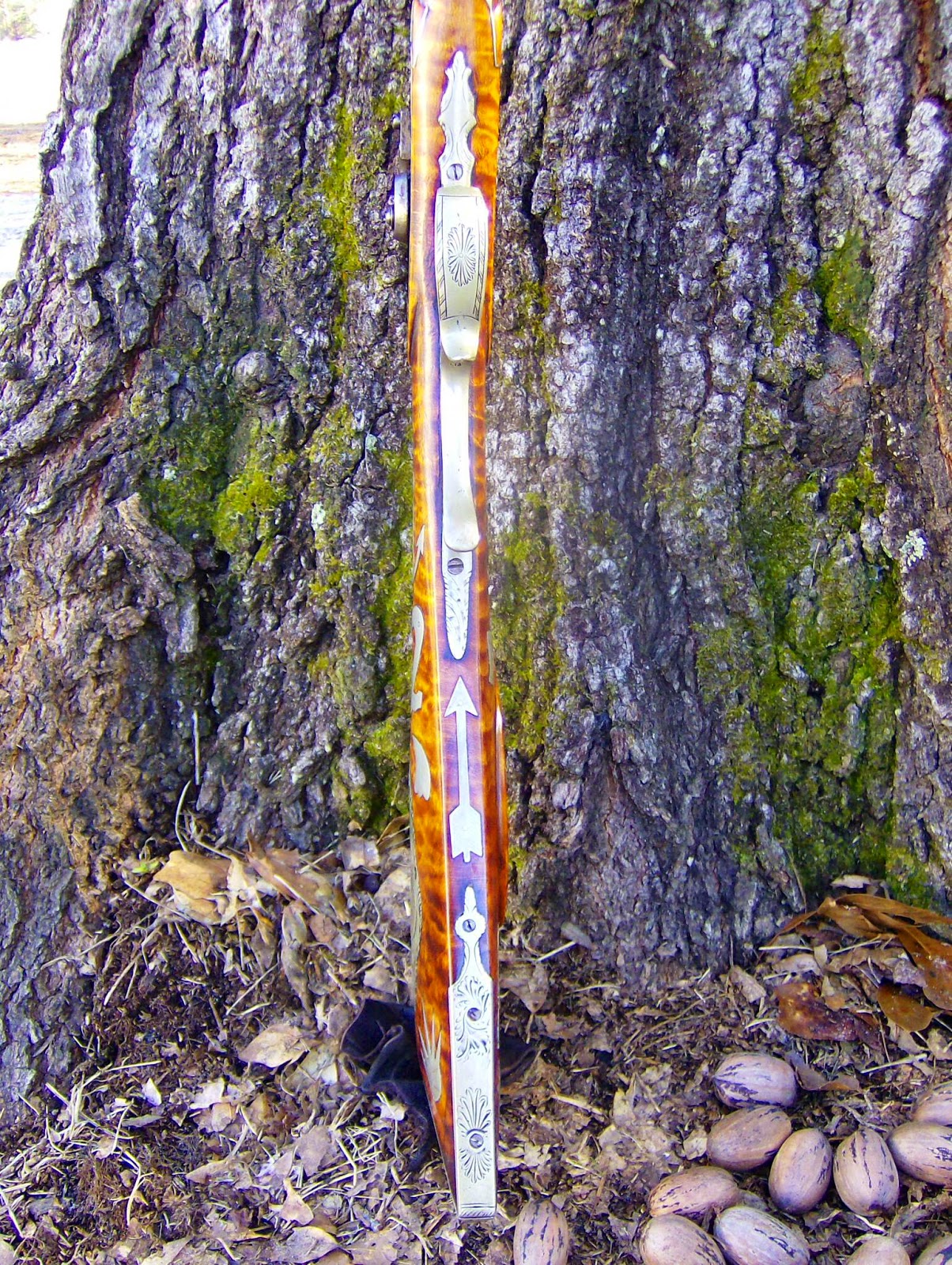 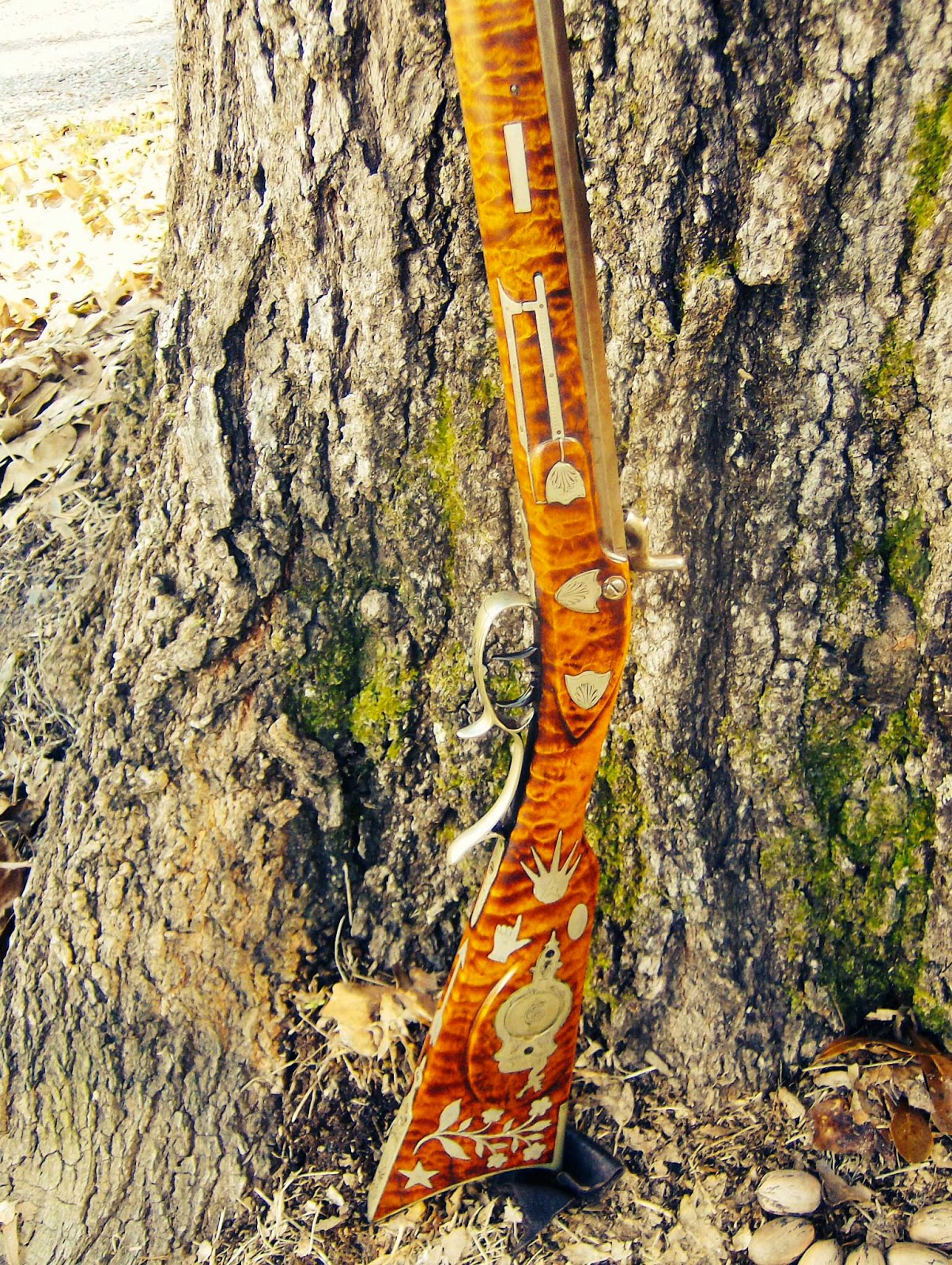 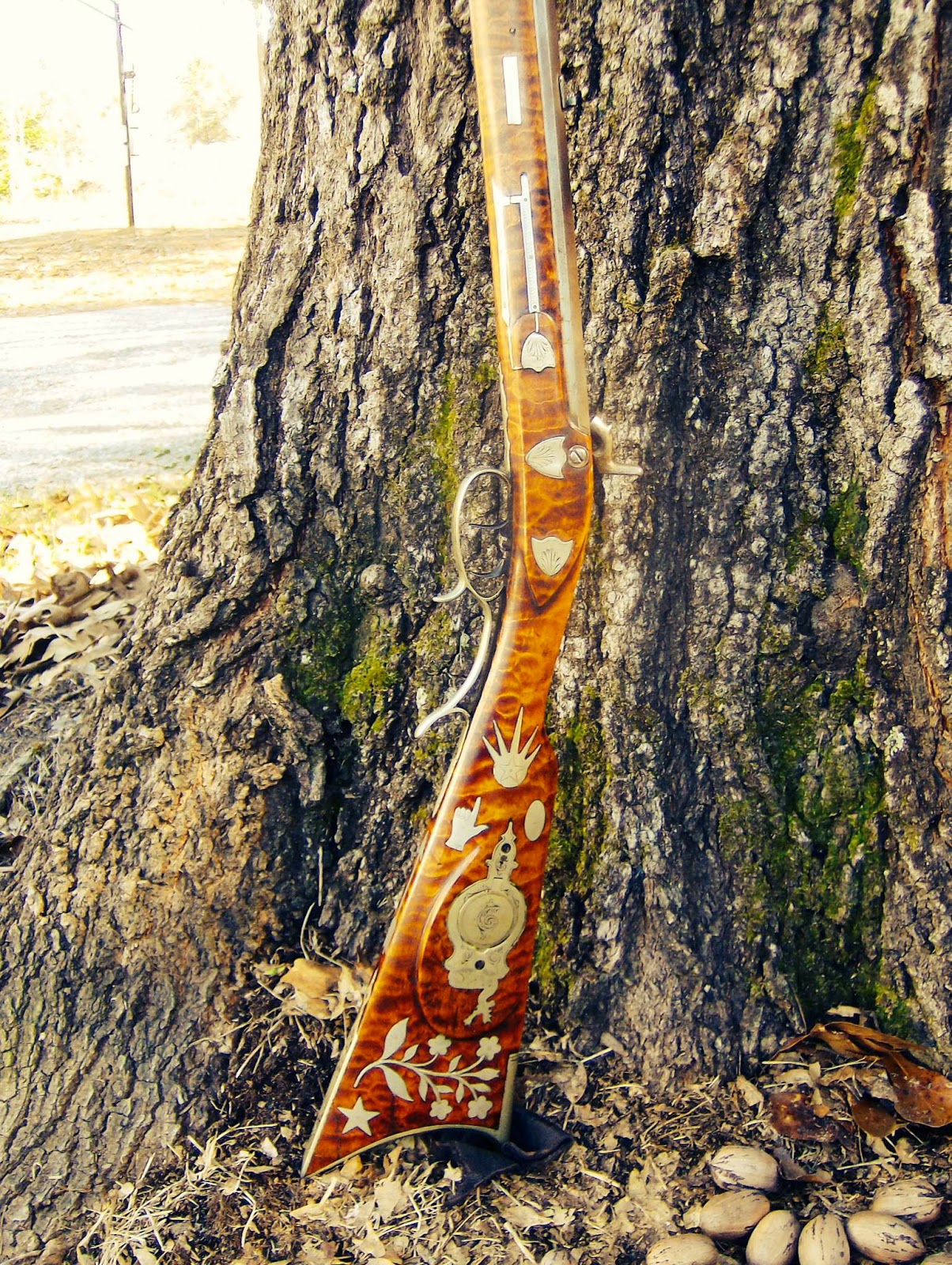 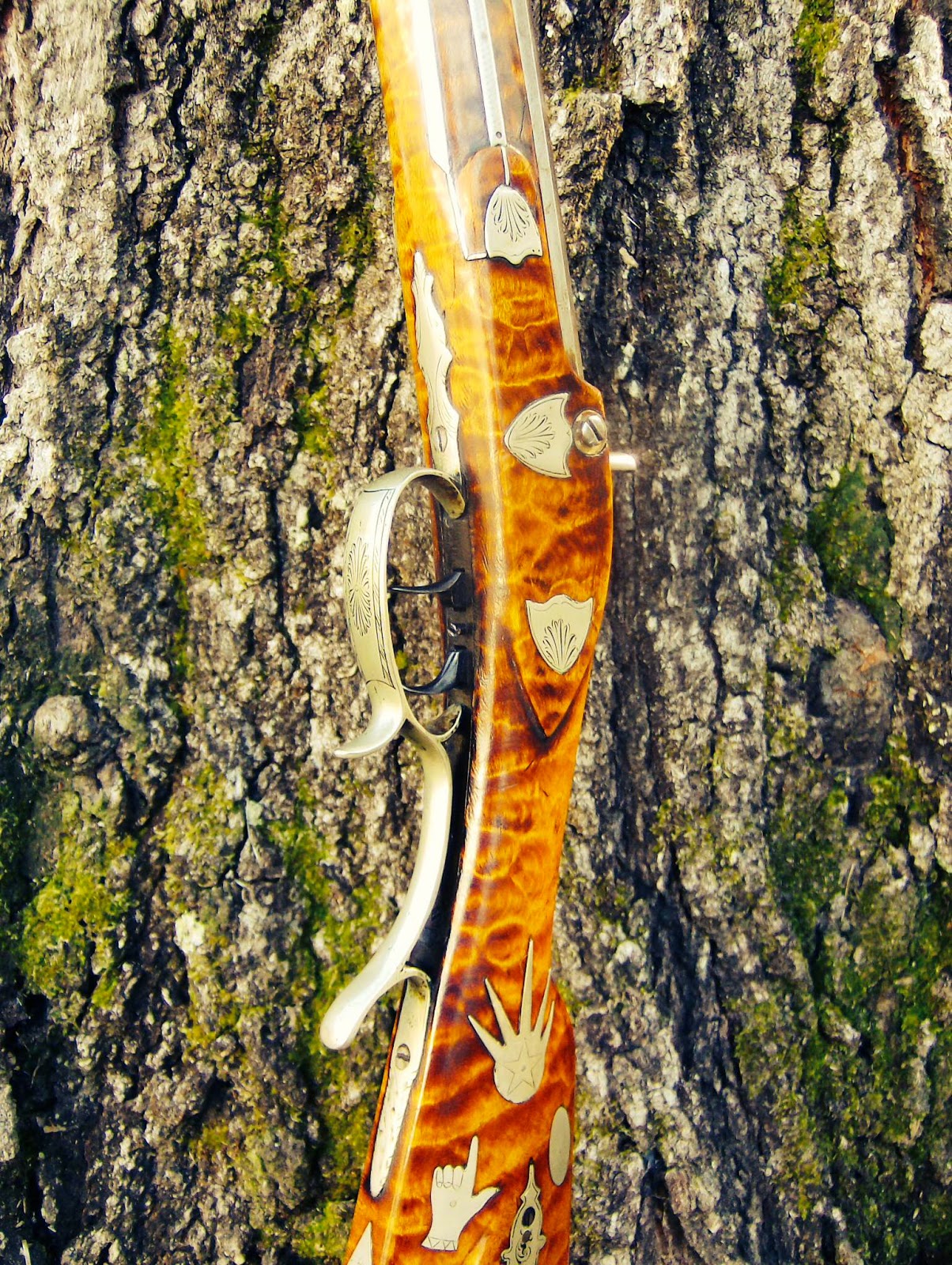 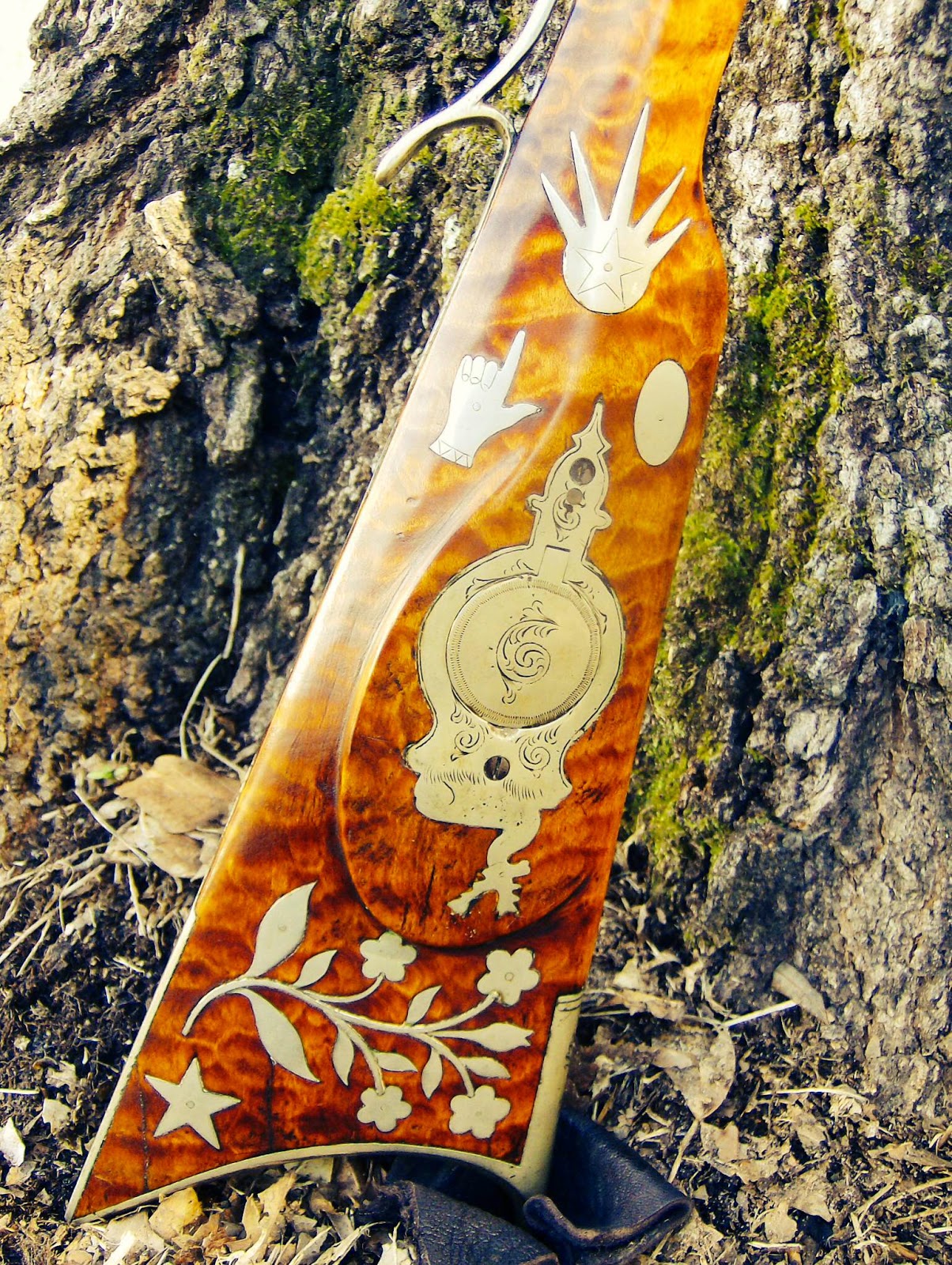 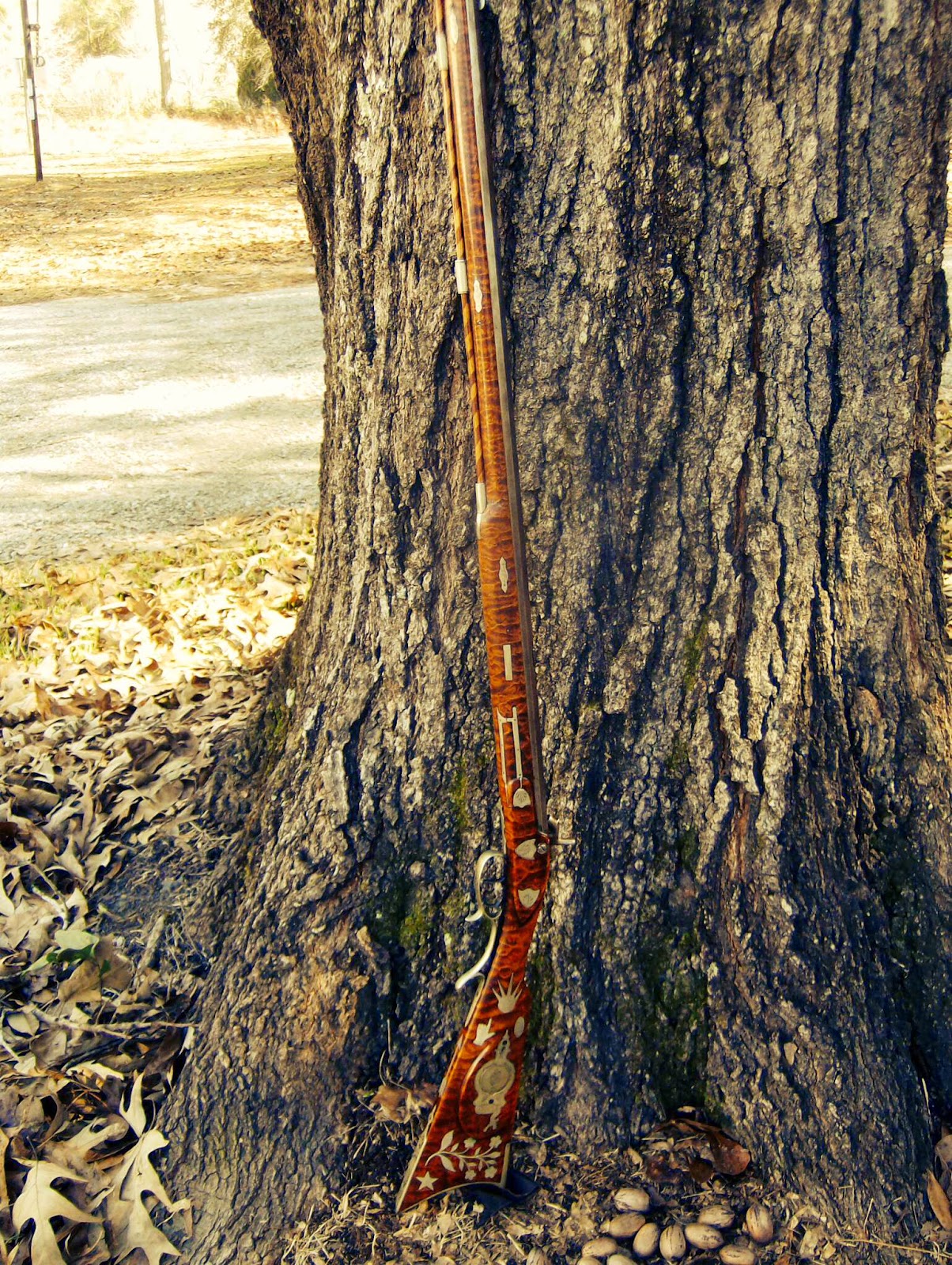 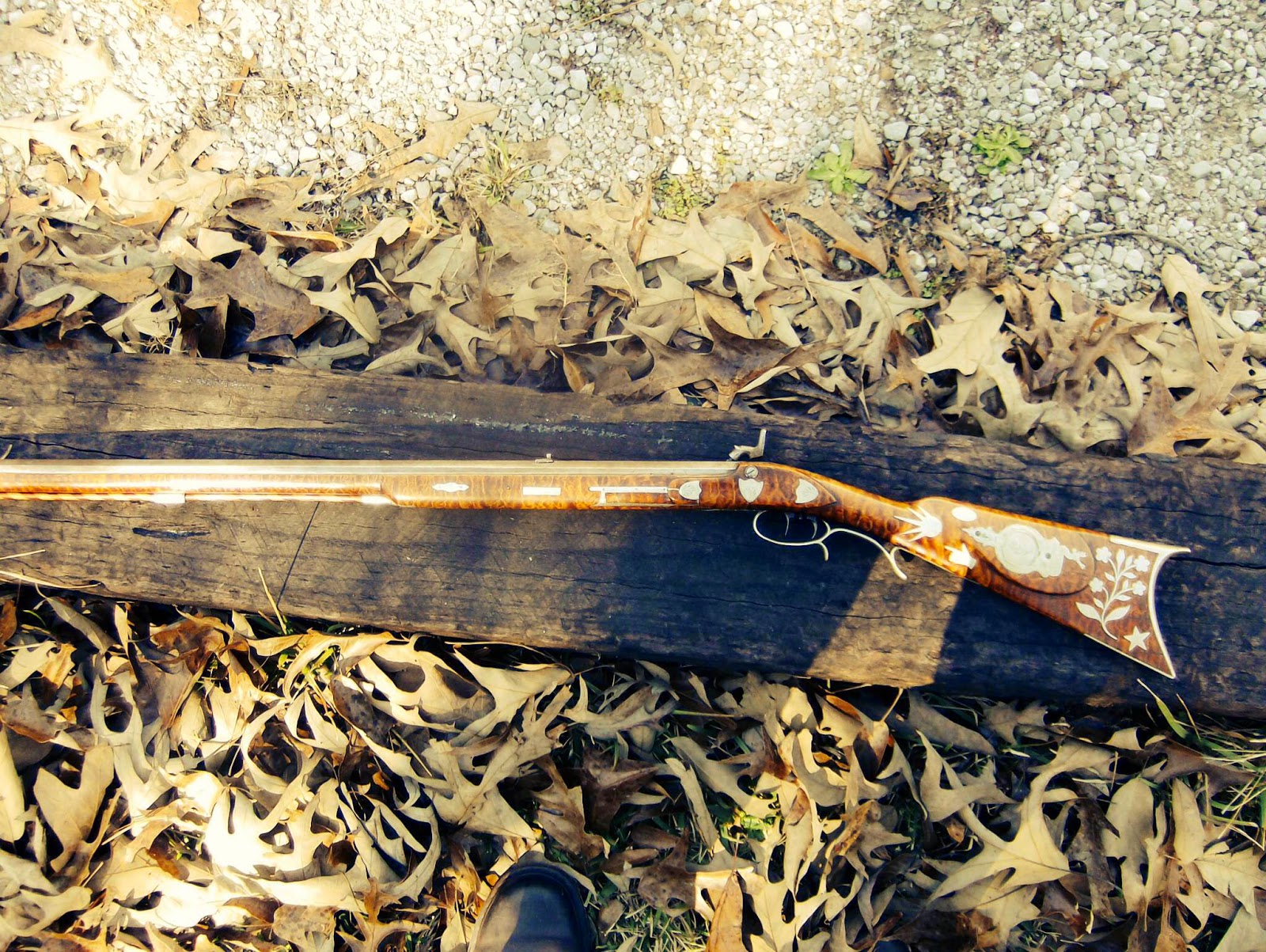