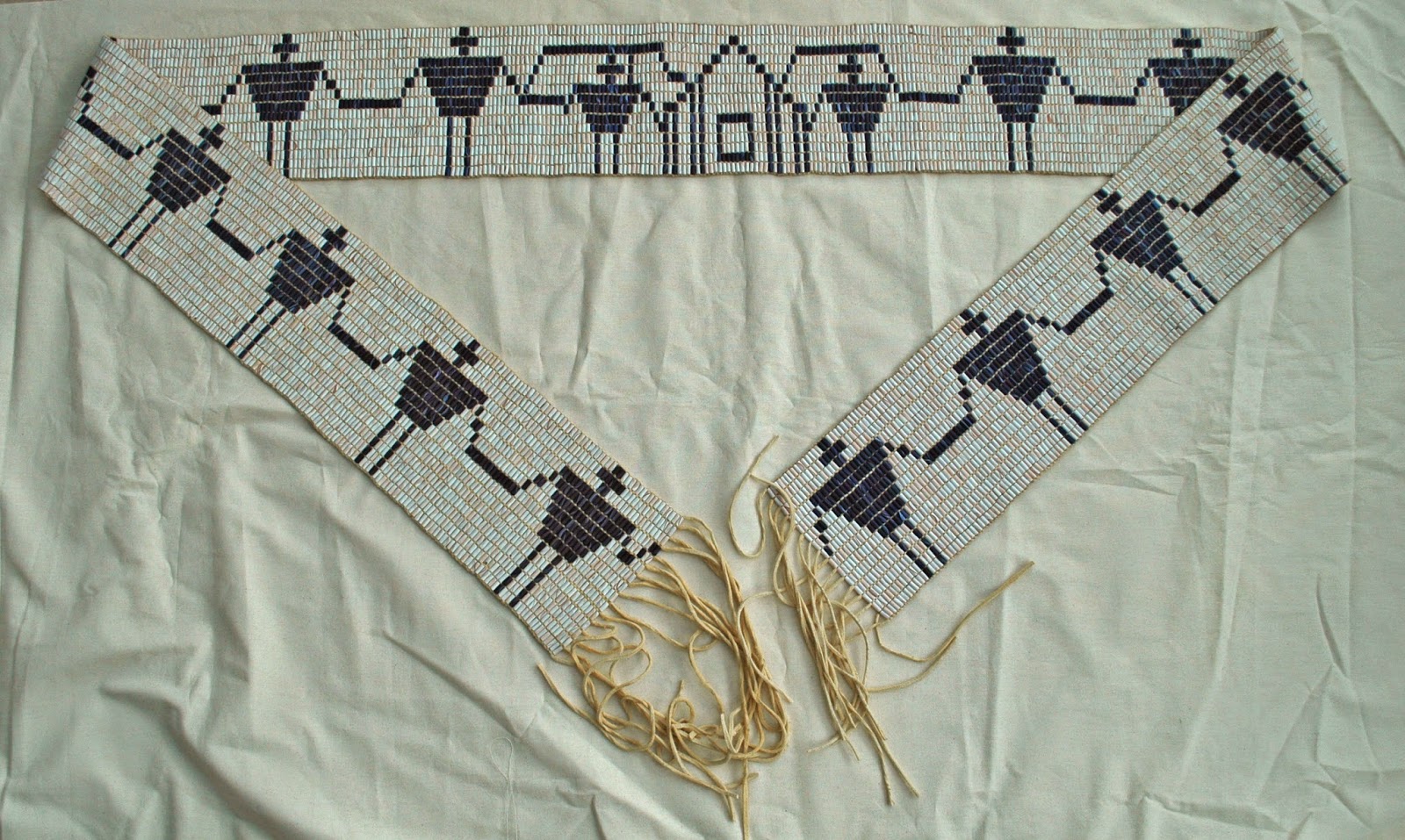 In the spring of 1794 Timothy Pickering began negotiation a treaty with the six member tribes of the Iroquois Confederation. This (original) belt probably first known as the George Washington Covenant Belt was presented to a delegation of Iroquois Sachems in Philadelphia in 1792.  These negotiations often took considerable time to organize and conduct.  In November of 1794 the final treaty, called the Canandaigua Treaty was signed.  An interesting side bar to the negotiations is that they were conducted at the same time that General Anthony (Mad Anthony) was conducting his campaign against Indians in Ohio.  The Iroquois delegates knew this and were reluctant to conclude a treaty until the outcome of Wayne's action was known.  When word came of the Fallen Timbers Battle and defeat of Indian forces in August the negotiations were concluded and the treaty was signed.
The original belt was 6 feet long and 5 &1/2 inches wide.  The original beads, milled from edible clam shells, were much more variable and smaller than the beads used in this reproduction.  This reproduction belt is 101 inches long (8 & 1/2 feet ) and 9 inches wide.  The belt has contains 9,360 beads, about $400 worth. 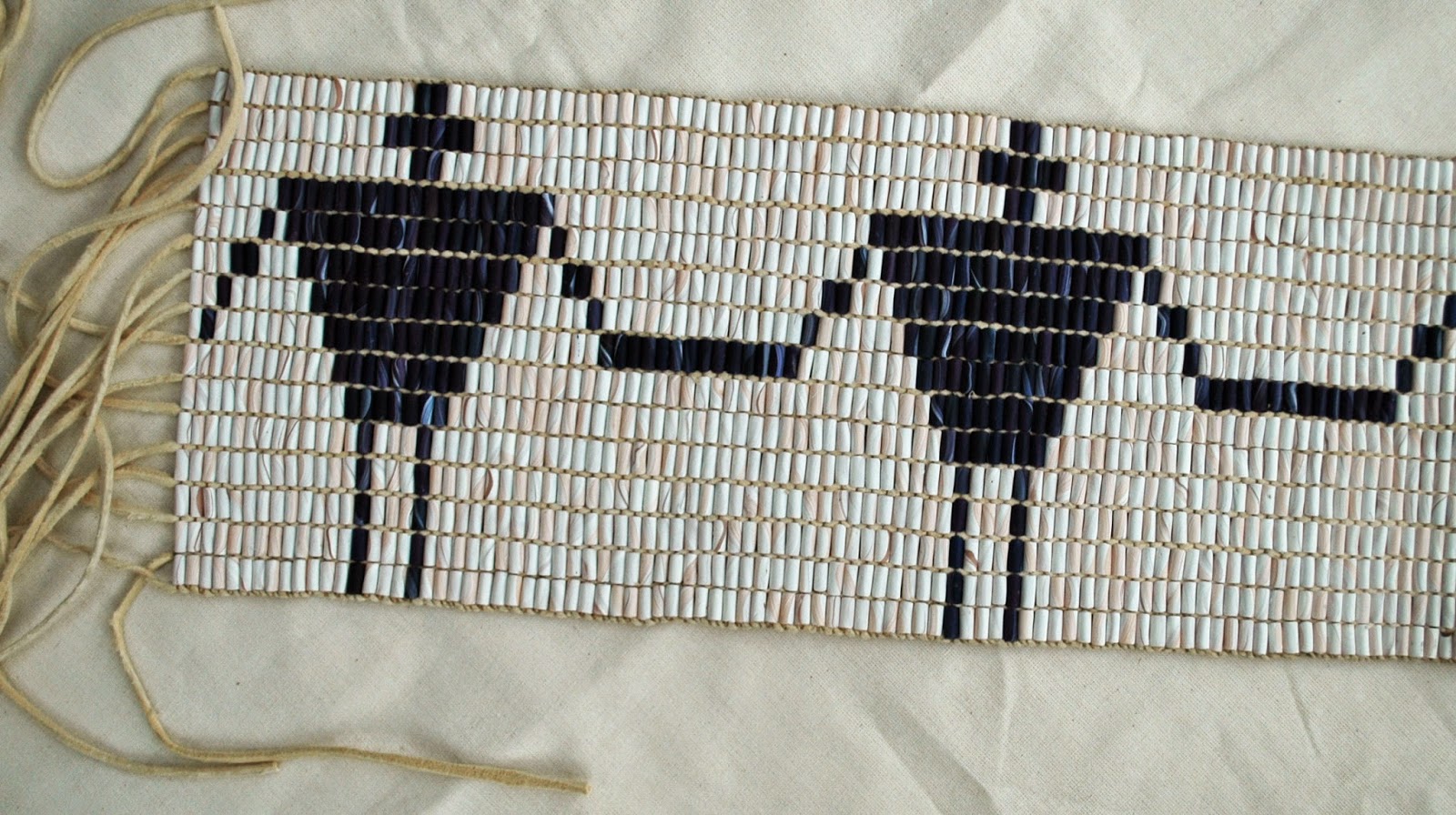 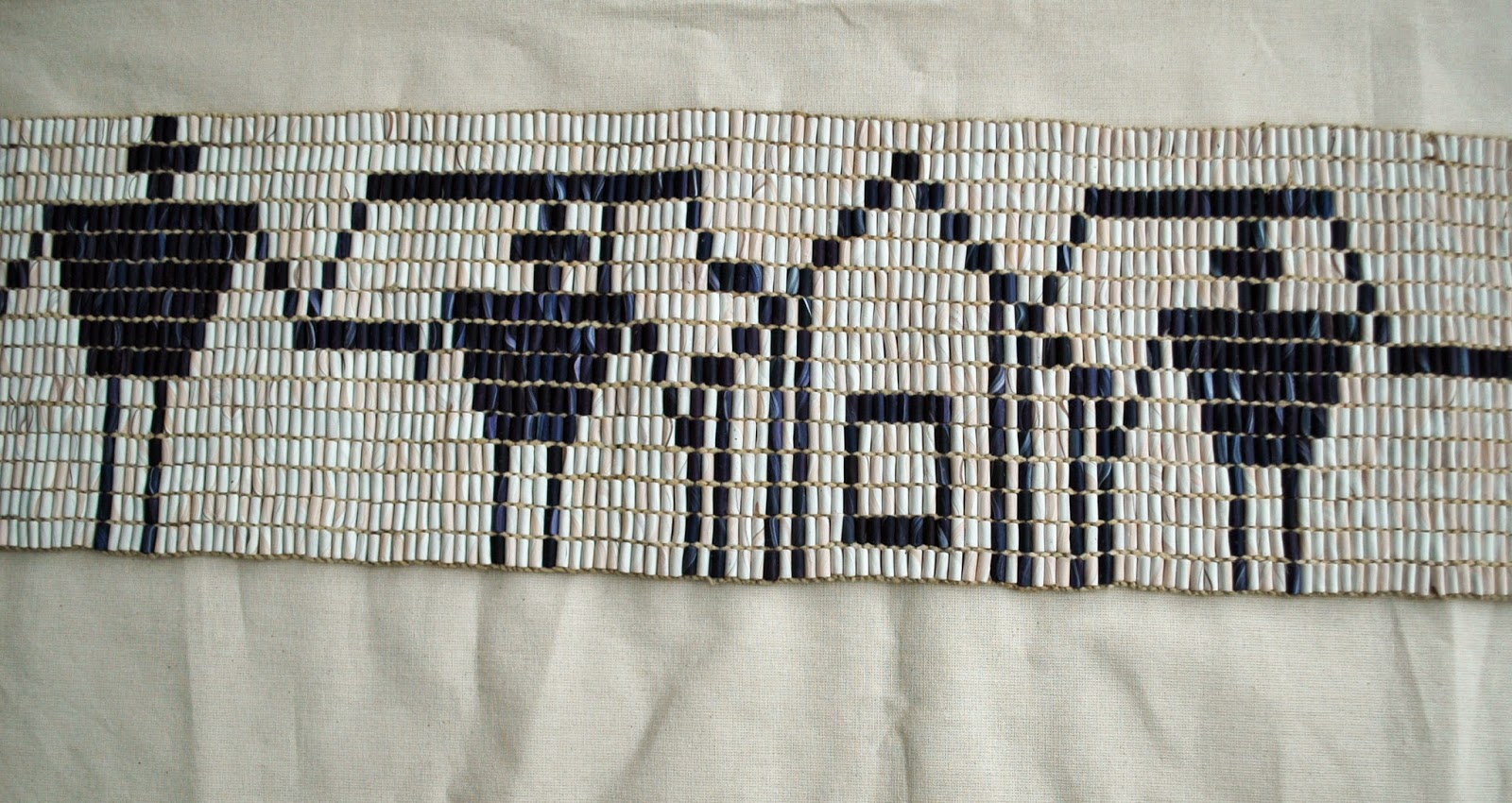