Here is a horn I just finished for a client that was seen at the Lewisburg Show.

A friend wanted a German styled flat horn. We decided to incorporate relief carved panels similar to some early examples but with a theme inspired by the Lady Diana mythology but in a folk art style. Keeping with the relief carving of the panels the scroll foliate on the facets were lso relief carved. The basically amber horn is translucent in more of the thinner areas, but the dark brown accents to the main principles of the panels was done using the same technique as used for making faux tortoise shell. The wooden end plug is covered with another piece of horn and captured by the brass band. The German verse is part of a Proverb passage using a German font style found in the "Universal Penman". 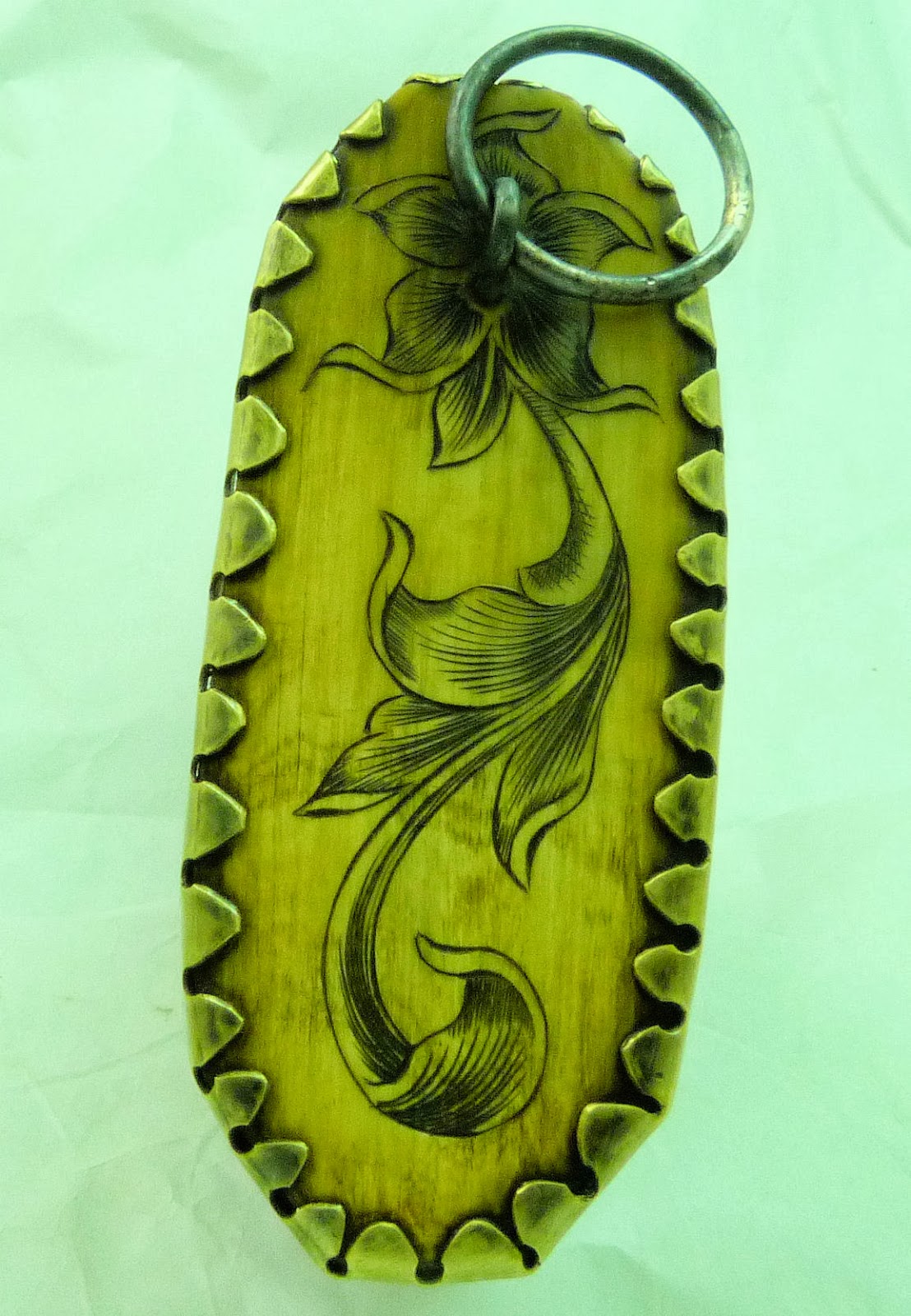 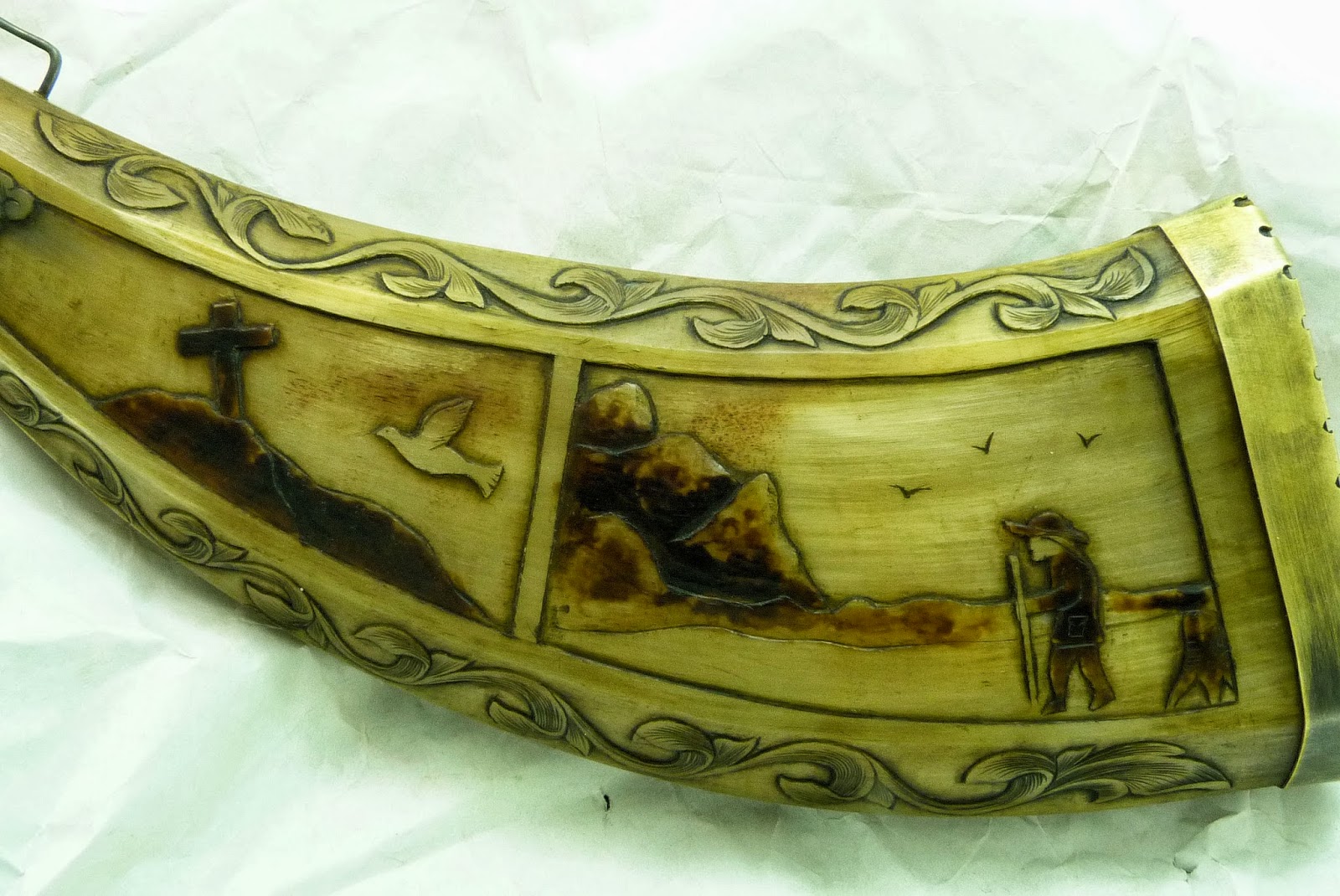 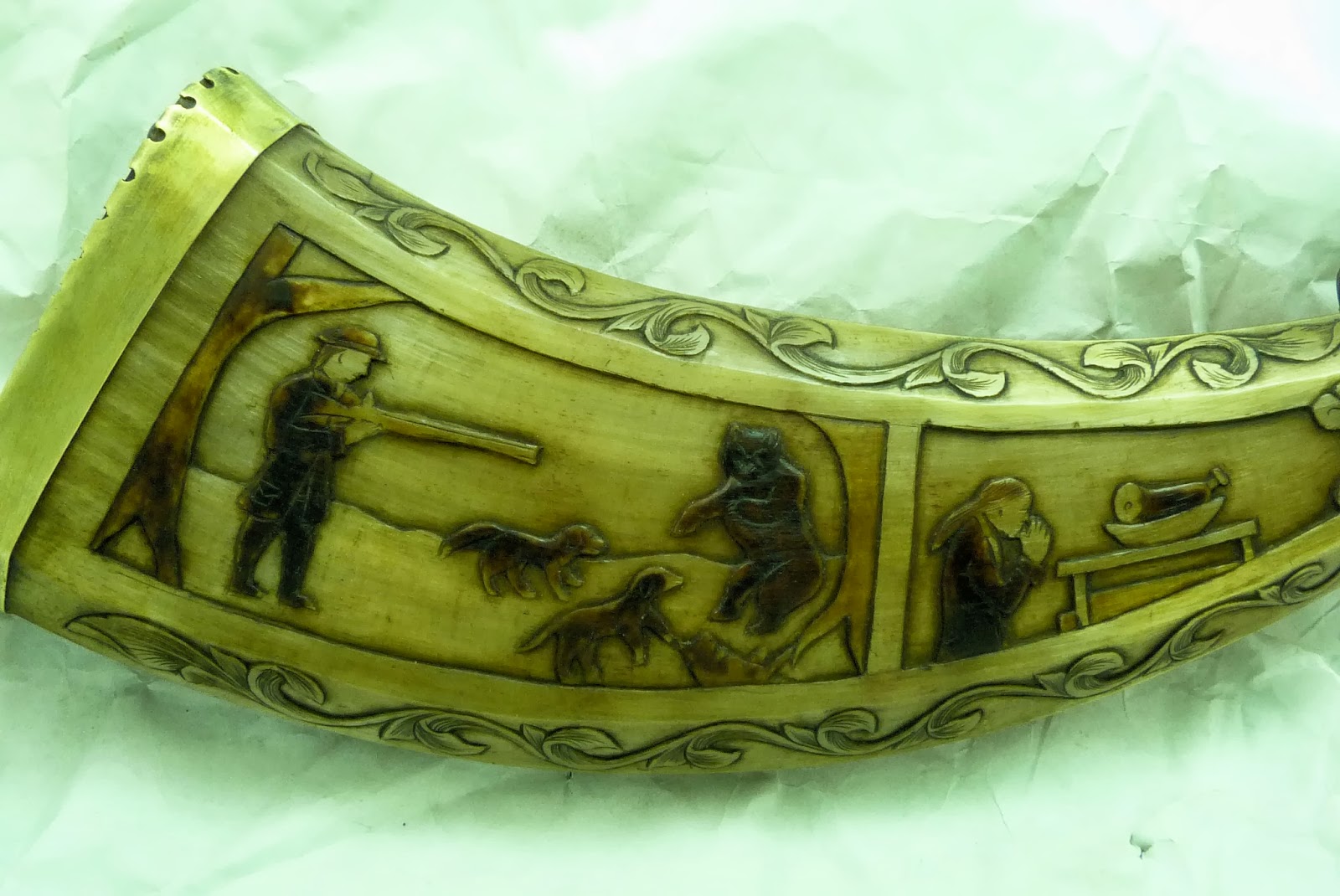