Whether you’re headed to the backcountry for an 18th century trek or bound for a desk job in the big city, a reliable pocket knife is a gentleman’s necessity. Perennial auction supporter Scott Summerville has once again generously donated a top-quality reproduction folding knife for this year’s CLF fundraising auction.

Summerville explains that this knife is based on an original piece from his collection which was found in upper Michigan near the colonial fur trade routes along Lake Huron. Summerville’s knife is copied closely from the original, and is a French design from the mid-eighteenth century which features a spear point blade typical of the era.  Since the original knife handle was incomplete and the material is not known, Summerville chose richly aged sheep horn for the scales of his reproduction.

Collectors can do no better than this exquisite blade by Scott Summerville, who is one of the nation’s top authorities on 18th century folding knives. A veteran bladesmith, Summerville has been crafting knives since 1993 for collectors and public institutions across the nation, including Colonial Williamsburg. An expert in the technical aspects of his craft, Summerville nonetheless stays true to the classic designs of early America. “My drive”, he says, “is to produce historically accurate knives in construction and appearance.” 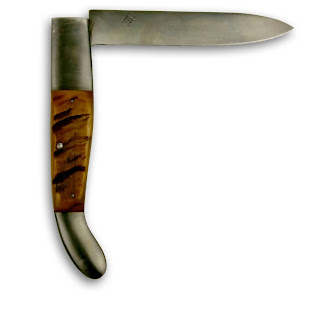 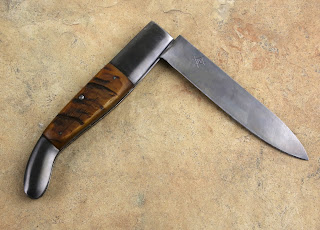 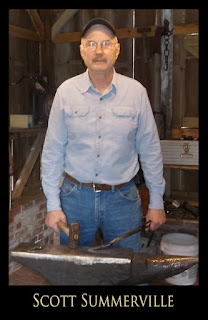 For more information on the work of artist Scott Summerville, contact the artist directly at summerville1757@yahoo.com

To see all the Artists' contributions to the 2020 CLF Live Fund Raising Auction, visit our website at http://www.contemporarylongriflefoundation.org/2020-live-auction/
Posted by Contemporary Makers at Thursday, June 18, 2020