The Craft and Art of Gary Birch 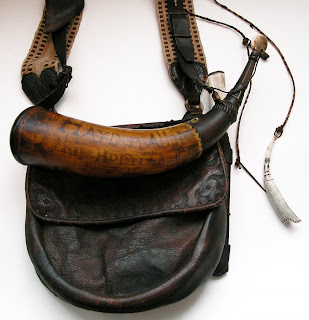 Gary Birch is a self-taught artist whose works appear in private and museum collections around the country.  Leaving a PhD. Program in pshysiological psychology in 1969, Gary began making things with his hands “to work on ideas that had been neglected too long.”  Consequently, he has created scores of one-of-a-kind art objects in a variety of media.

He began by making and selling leather clothing in the early ‘70s and graduated to hunting pouches when he discovered the sport of black powder shooting.  Soon he was making engraved powder horns, knives and measures, i.e., the accessories necessary for the complete shooting bag.
His interest in folk, primitive and twentieth century art prodded him to further exploration.  Says Birch, “The fold art on American powder horns is some of the best anywhere.  The best of it is very strong and universally appealing.  Beyond its historical import, it is important American art.”
The horn engraving led to an interest in American primitive art in general and in the late ‘70s Birch began painting.
“I paint between making pouches and horns,” comments Birch.  “I found a whole world in there that I’m only now getting time to devote myself to.” 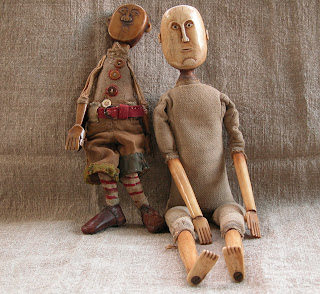 Birch’s most recent work, which he started only this year, utilizes his knowledge of natural materials gained from pouch and horn making and the imagery from horn engraving and painting.  “I’m making dolls,” he says.  “Some folks are uncomfortable with that word and prefer to call them sculpture.  I call them figures.  I like doing these.  There’s freedom here and yet the work is still traditional in the sense that the materials are and the imagery is universal and simple.”
His ideas for figures coalesced about five years ago when he realized that all the materials from pouches could be used in an art form. 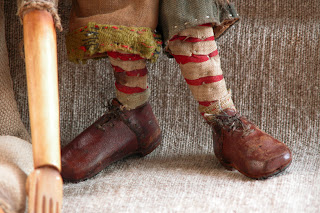 “Five years later I started my first one.  I wish the hands worked as fast as the mind.” He expresses.  “Now I’m on my eight one and they are occupying all my time.  I hope to return to painting part-time because I miss the color.”
Gary as a penchant about how age and use affects materials.  This fact is demonstrated in all his works, whether two dimensional or three dimensional.  He reflects, “ I like what time does to things…the marks it leaves on surfaces, the transparency, the life it gives to an otherwise unremarkable object.  That evidence of human use makes a thing more like those who use it.”

The above is a reprint from Muzzle Blast Magazine from December, 1987.

Work that we have posted by Gary include "Little Brother" Jack-in-the-Box, horn container, woodblock print, sculpture, 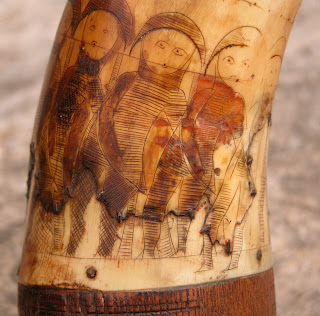 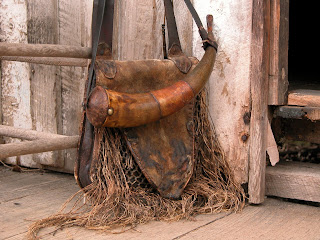 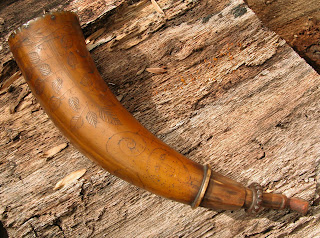 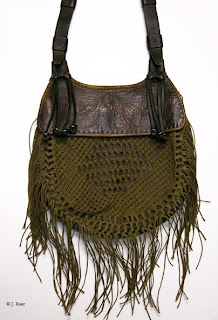 All photos this page by Jan Riser.
Posted by Contemporary Makers at Thursday, March 25, 2010