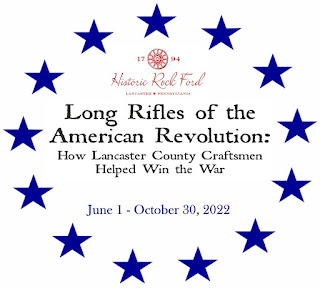 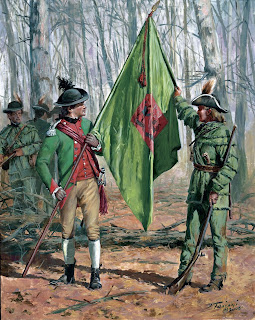 Historic Rock Ford in Lancaster, Pennsylvania, consisting of the circa 1794 General Edward Hand Mansion and the John J. Snyder, Jr. Gallery of Early Lancaster County Decorative Arts, will be hosting a new exhibit entitled Long Rifles of the American Revolution: How Lancaster County Craftsmen Helped Win the War from June 1 through October 30, 2022 at the Snyder Gallery.

The exhibit, guest-curated by Pennsylvania long-rifle authority John Kolar, will include approximately 35 Revolutionary War-Era rifles from the collection of Historic Rock Ford as well as loaned rifles and related accoutrements from museums and private collectors from across the nation. Items from lending institutions include such places as the Bucks County Historical Society and the State Museum of Pennsylvania as well as from the private collections of John Kolar, Paul Ware, and the late Joe Kindig, III, just to name a few. Of significant consideration will be two loans from the National Museum of the United States Army: The Thomas Tileston 1773 rifle as well as the 1776 seal of the 1st Continental Regiment, of which Edward Hand was its first commander and also commissioned the fabrication of a regimental standard which contains the image on the seal. Edward Hand’s signature is on the only known surviving document bearing the original imprint from this seal. More information regarding the seal can be found through the Sotheby’s website: https://www.sothebys.com/en/auctions/ecatalogue/2014/americana-vo-n09100/lot.353.html

This exhibit represents the first—and perhaps the only—-occasion that these weapons have been brought together in a single exhibition.  It will be accented by storyboards, maps, and illustrations from the work of renowned military-history artist Don Troiani (Image above: 1st Continental Regiment – Summer-Winter 1776) all to place these artful weapons in their proper historic context.

The work of such prominent Lancaster artisans as J.P. Beck, Jacob Dickert, Joel Ferree, Heinnerich Fesler, Andreas Albrecht, John Newcomer, Peter Berry, Frederick Fainot, and the Bakers, which are only a few examples, will be showcased. As has been articulated in the writings of both Joe Kindig, Jr., and Joe Kindig III, despite their highly functional purpose, the unique personal styles and advanced artisanship of these rifles has earned them a prominent place in early American decorative arts as fine examples of what was perhaps the “first truly American art form”.

This exhibit will entail far more than a display of Revolutionary War weaponry.  Rather, it will be presented in a narrative format to tell the story of how Lancaster County and its rifle makers played a pivotal role in supplying American rifle regiments with a weapon that provided the accuracy and flexibility to successfully overturn the tactics of musket and bayonet wielded by rigid columns of troops that had previously ruled the battlefields of eighteenth-century Europe.

It is particularly appropriate that this exhibit will take place at the Rock Ford estate of Edward Hand, the commanding officer of the 1st Pennsylvania Rifle Regiment, which played a critical role at the Siege of Boston, the Battle of New York and the First and Second Battles of Trenton.

J.P. Beck Rifle (above and detail left): In the 1770s, Lancaster was composed of present-day Lebanon, Dauphin and Lancaster Counties. John Philip Beck is considered one of the great early artisans working in Pennsylvania. Even to the novice antique gun collector, his name is most often associated with the American long rifle. Born in 1751, his parents, John Christian and Rebecca, arrived in America from Holland in 1753. Whether his father, John Christian Beck, was a gunsmith is uncertain. J.P. Beck started work in Lebanon in the late 1760s or early 1770s. Flintlock, silver-mounted furniture, 63-1/2” overall length with a 47-1/2” octagonal .57 caliber barrel, circa 1772.  Rock Ford Foundation Collection. 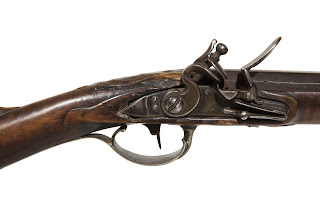 An article from Early American Life about the exhibit here.
Copy and photography from Historic Rock Ford here.
Posted by Contemporary Makers at Tuesday, June 21, 2022