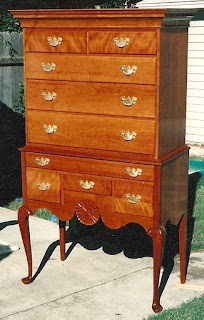 I built this cherry highboy about 25 years ago along with some other pieces of early American style furniture.  I modeled it after an 18th century piece pictured in Wallace Nutting's Furniture Treasury.  His picture had no scale so I assumed that the smallest dimension of the cabriole legs was 1 inch.  Using that as the basis for my scale, I scaled and drew a plan from his photo and built it.   Years later, I saw that same highboy featured in Antiques Magazine along with actual dimensions which I compared to mine.  I was 1/2 inch off in height!  I made the legs from a timber that had been cut in the 1940s from the area now flooded by Lake Dardanelle.  Its got 244 hand cut dovetails and has served as my dresser since I built it.  The cherry has aged to a beautiful deep reddish brown. 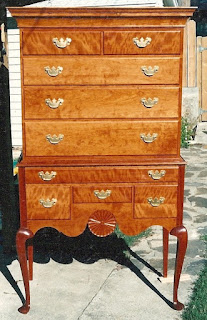 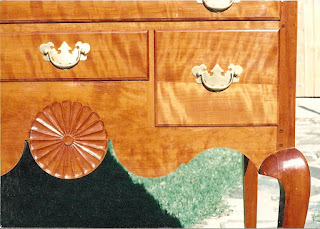 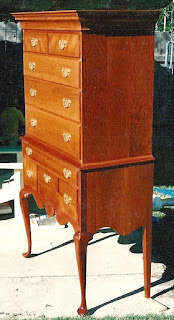 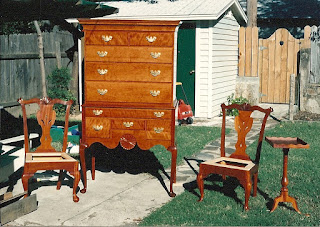