As part of a grandfather’s continuing tradition to his grandson, Jeremiah David Browning - this is the third handmade knife made by friends for his birthday. This year’s knife was made by noted knifemaker, Joe Seabolt of Goshen, Ohio for Jeremiah.  “Jake” received this knife on his 12th birthday, November 7, 2012 from his grandfather, H. David Wright. 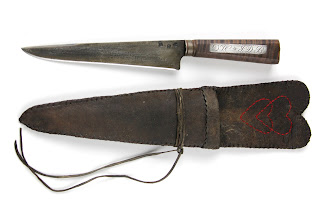 The forged blade with Joe’s touch mark (and two hearts which has become an artistic tradition among the artists) is handled in curly maple with an iron pommel cap engraved with “11 7 12”. An inlaid coin silver panel in the handle is engraved “HDW • JDB”.   The engraving was done by Hershel House.  The sheath by Joe also incorporates two red stitched overlapping hearts. 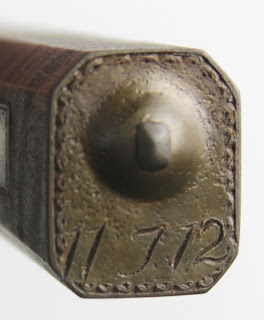 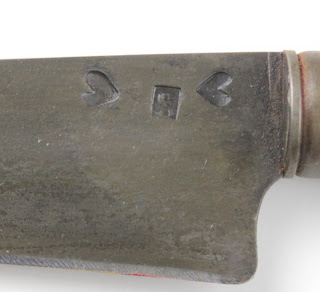 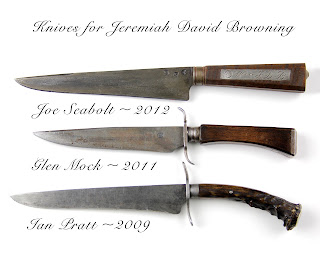 Thanks to all three artists for making my grandson’s gifts extra special.