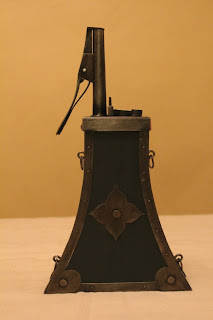 This is a completely hand made trapezoid powder flask, circa 1600..  The body is of thin hand planed poplar. All other parts are hand forged and formed from sheet iron and spring steel.  The spout was formed around a mandrel.  This seam and all seams on the flask are copper brazed or "copper soldered" as per the period term. This flask is painted. Others were covered in wool velvet, some in thin leather. This particular style is a less ornate design for the common soldier. These flasks are often shown in the 1607 engravings by the famous Dutch engraver, Jacob De Gheyn (1565 - 1629). The iron mounts on this flask have been blackened as many originals. Others were painted. Rarely were they left bright.

The head of the flask has a cut off lever that opens the nozzle to the body. In use, the lever is depressed and the flask turned upside down to fill the nozzle with a measured charge of gunpowder. Releasing the lever cuts the spout off from the powder in the body. The lever on the spout is then opened to pour a measured charge of powder into the musket. Not safe today, but that was the historical function of the cut off lever and spout lever. These trapezoid flasks were suspended from a cord like a powder horn. The clip on the back was used to keep the flask from swinging when suspended from the cord. 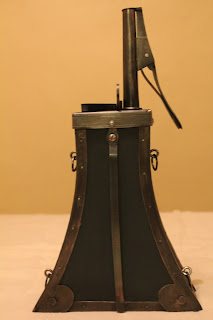 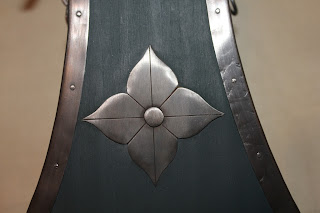 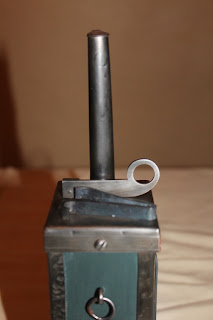 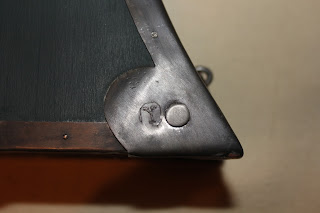 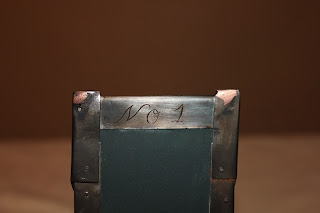 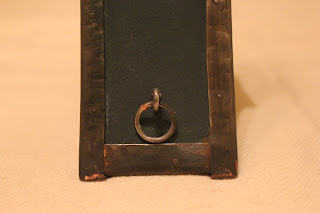 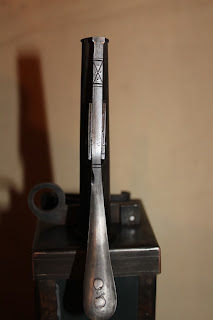 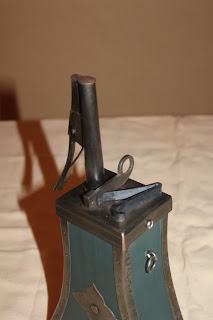 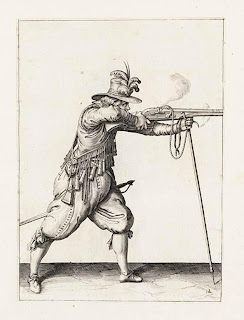