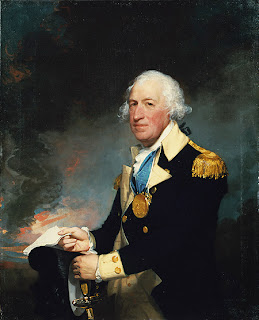 This portrait, representing Revolutionary War hero General Horatio Gates, was painted long after he led his troops to victory at the Battle of Saratoga in 1777. Although his military career was turbulent, the English-born Gates is represented in the uniform of a brigadier general, decorated with the medal that Congress ordered struck to commemorate his triumph at Saratoga. In his hand is a copy of the Saratoga Convention. The painting descended in the family of Gates' good friend, Colonel Ebenezer Stevens. The work is a blend of Stuart's more painterly English style and the Copleyesque forthrightness that defined American high style. 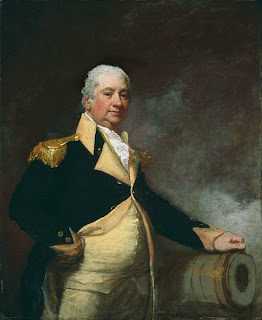 Henry Knox was the chief artillery officer of the Continental Army. Active with Washington throughout most of the war, he brought Ticonderoga's cannons to Boston in early 1776, and saw much action from New York to Yorktown. He oversaw the creation of an artillery training center that was a precursor to the United States Military Academy, and later served as the first United States Secretary of War. 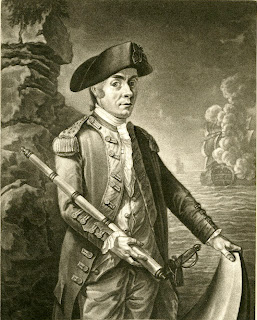 John Paul Jones was a Scottish sailor and the United States' first well-known naval fighter in the American Revolutionary War. Although he made enemies among America's political elites, his actions in British waters during the Revolution earned him an international reputation which persists to this day. He later served in the Imperial Russian Navy.
During his engagement with HMS Serapis, Jones uttered, according to the later recollection of his first lieutenant, the legendary reply to a taunt about surrender from the British captain: "I have not yet begun to fight!" 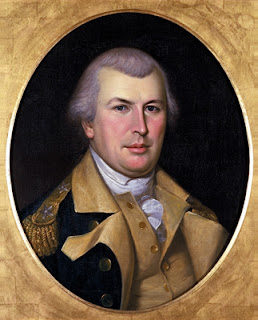 Nathanael Greene
(August 7, 1742 – June 19, 1786)
Nathanael Greene was a major general of the Continental Army in the American Revolutionary War. When the war began, Greene was a militia private, the lowest rank possible; he emerged from the war with a reputation as George Washington's most gifted and dependable officer. Many places in the United States are named for him. Greene suffered financial difficulties in the post-war years and died suddenly of sunstroke in 1786. 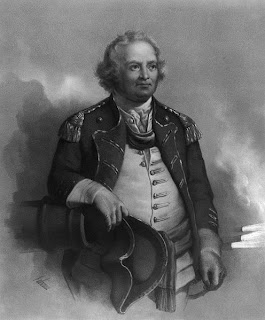 Israel Putnam was the most senior general in the Continental Army, only outranked by Washington. Active from the first days of the revolution, he led the forces in the field at the Battle of Bunker Hill. After performing poorly in the Battle of Long Island, Washington assigned him to do primarily recruiting in the Highlands Department. He suffered a stroke in 1779, which ended his military career. His reckless courage and fighting spirit were known far beyond Connecticut's borders through the circulation of folk legends celebrating his exploits.

Copy and images from Wikipedia, British Museum, The Metropolitan Museum of Art.
Posted by Contemporary Makers at Monday, May 28, 2012