This rifle was inspired by two rifles by Jacob Kuntz that are currently on display in the Metropolitan Museum or Art; one of which is the subject of articles in several publications. Detailed reference information was provided by my friends Tom Curran and Eric Von Aschwege who were granted permission to study the Metropolitan Museum's rifles. This rifle is built around a 44" x .40 caliber Rice barrel. The lock is a Jim Chambers Late Ketland. Neither trigger guard nor butt plate were available through suppliers, so I fashioned mine by cutting and joining pieces from several castings. Inlays, patch box, rod pipes and nose piece were made from sheet brass and pure silver. The rear sight emulates the folding leaf sight from the fancier of the MET rifles; an unusual feature for a Kentucky rifle. So I present this rifle in tribute to Jacob Kuntz, arguably one of America's most artistic gunsmiths. 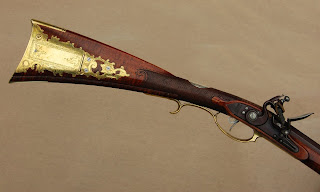 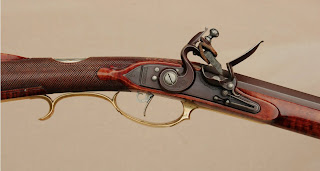 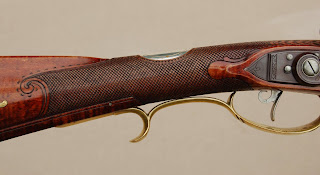 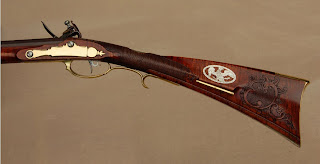 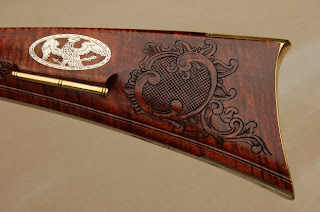