When it comes to sheer versatility in the field, few period firearms can compare to the smoothbore fowler. Capable of taking a wide spectrum of wild game, fowlers saw extensive use in early America as humble meat guns. But in a very real sense, the weapon helped shape the United States. During the early days of the Revolutionary War, New England militia units regularly took to the field armed with smoothbore fowlers, employing them in the epic fights for liberty at Lexington, Concord, and Bunker Hill.

For this year’s CLF fundraising auction, artist and gun builder James Frost has created an exceptional example of the classic New England fowler. The gun, explains Frost, combines French and English stylistic features and is a typical fowler from the middle to the third quarter of the 18th century. This gun started its life as a kit from Jim Chambers Flintlocks, and demonstrates that top quality materials, paired with an individual maker’s unique creative talents, can result in a first-rate example of fine craftsmanship.
Frost constructed this gun around a 10 gauge, 46 inch long, octagon-to-round barrel. The barrel is married to a remarkably patterned stock of curly maple, and the artist finished the wood with a combination of alcohol-based stains and a hand rubbed finish of English red oil. The fowler features brass furniture; the barrel, as well as the Chambers lock, were given a cold rust brown finish.

The fowler is accompanied by a stellar powder horn by artist Mike Small. This robust 18” horn is well-paired with Frost’s 10 gauge fowler. Featuring a gracefully turned cherry base plug  3” in diamenter, and hickory stopper, the horn was aged with natural vegetable dyes. Patterned after horns typical of original examples from Lehigh County, Pennsylvania, this screw tip horn is an exactingly crafted masterpiece. 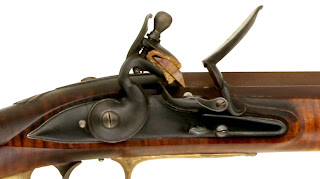 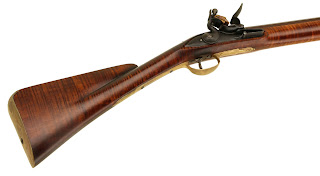 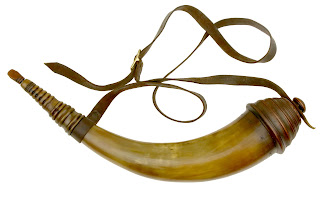 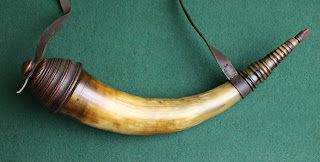 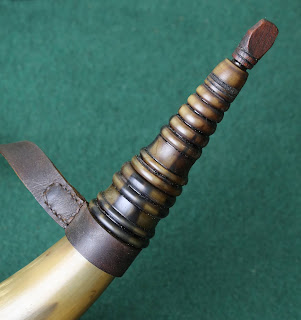 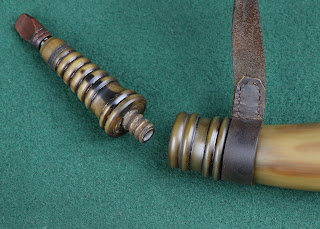 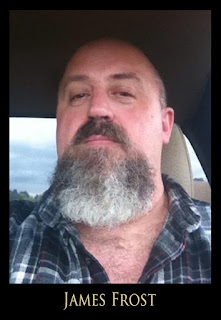 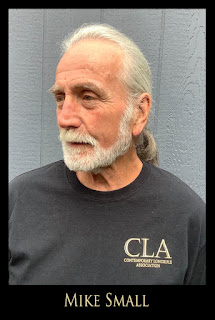 For more information on the work of the artists, contact them directly:

To see all the Artists' contributions to the 2020 CLF Live Fund Raising Auction, visit our website at http://www.contemporarylongriflefoundation.org/2020-live-auction/
Posted by Contemporary Makers at Tuesday, June 30, 2020