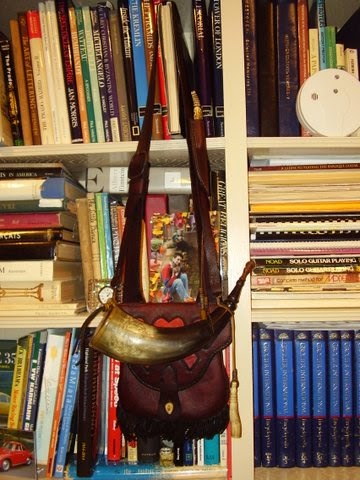 When I went to the Prairie State Longrifle Show at Princeton, Illinois last summer Jerry Noble gave me a hunting pouch I had made for him in 1978. After I brought it home I posted a photo of it on the Contemporary Makers site.  While later looking through my collection of muzzle loading accessories I found enough to make a complete hunting outfit from 1978.  Rifle builder George Potter delivered a fine iron mounted Western Virginia rifle to me that year.  Images of that George Potter rifle No. 15 are posted on the Thursday, September 15, 2010 Blog.  He had made a powder horn that I admired sometime in the early 1970s.  I traded him out of the horn for something that I can't now remember.  Horner Barry Anderson scrimshawed the horn.  I have used it for three and a half decades.  And now it is part of the 1978 pouch and horn set.  Barry also made the beautiful antler powder measure that is attached to the horn.  Working together Barry and I made the first of what we considered to be a "primitive" pick and brush set, and we made our first knife casting the tang of a blade into an antler handle with our version of casting pewter.  It's Lyman No. 2 alloy by the way.  That again was in 1978.  We made many other pick and brush sets and bag knives after that.  Sometime around 1978 Jerry Noble obtained a beautiful small hatchet or bag ax.  I worked on him trying to get it for a very long time and finally talked him out of it about ten years ago.  Last fall I made a scabbard for that little ax, and stitched it to the back of the bag.  I filed a rattle snake tail into the handle of that first knife Barry and I made together nearly a decade later.

Now that all of these things are together I am going to give them to Jerry Noble...  Partly a Christmas present and partly a thank you for the hospitality he has shown me in his lovely antique filled home over many years. 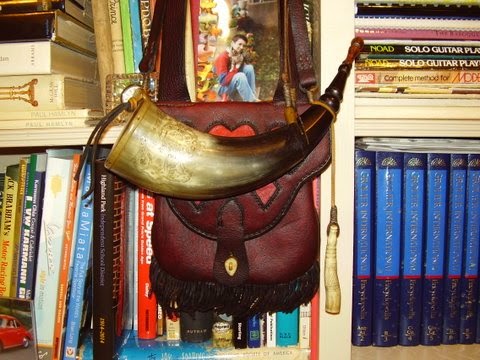 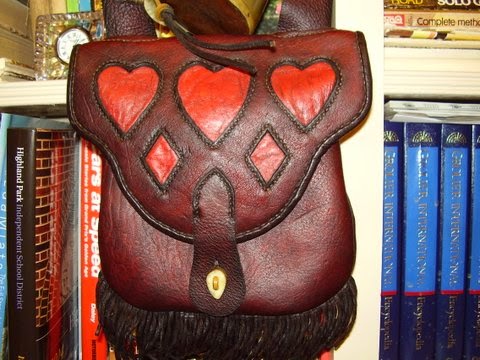 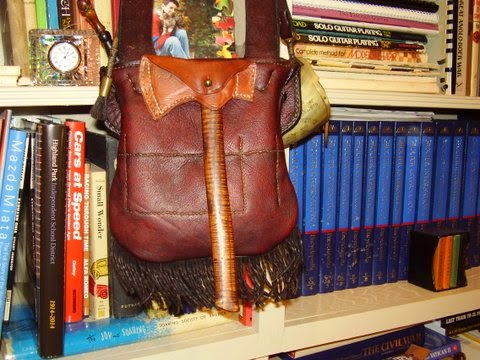