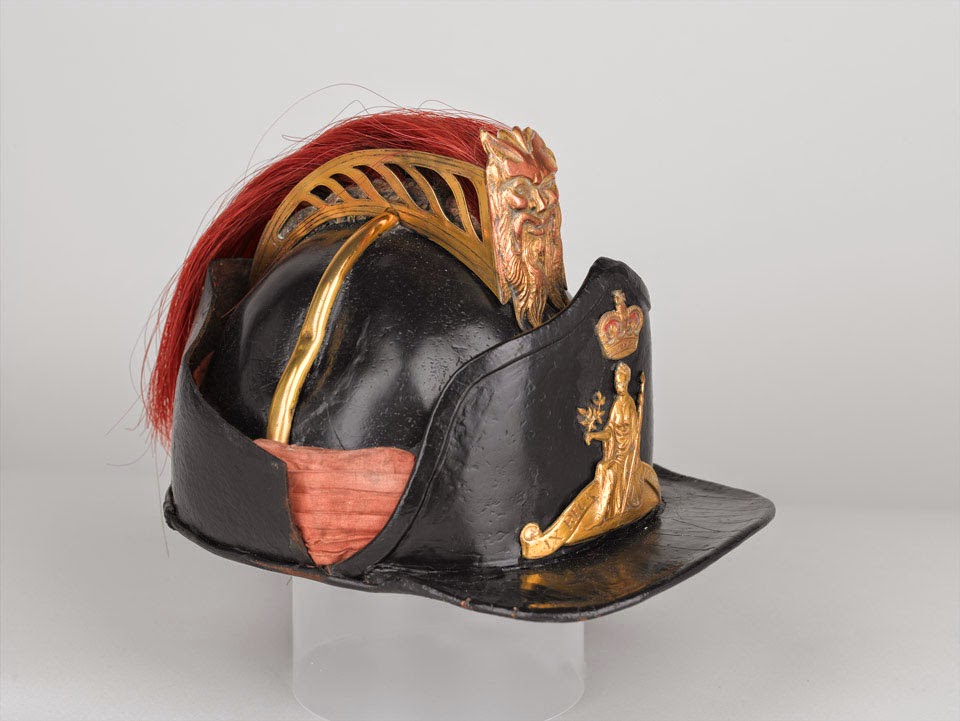 Light companies tended to consist of the fastest and most agile soldiers of a regiment. In 1771 a light company was added to every British infantry battalion. The leather helmet which light company soldiers wore was practical and lightweight, but still strong enough to protect the wearer from sword and tomahawk blows. As well as helmets, light company troops were distinguished from other companies in their battalion by shorter coats and gaiters.
The 9th served in North America between 1776 and 1783, taking part in many of the major battles of the American War of Independence (1775-1783). A large part of the regiment was captured at Saratoga in 1777 and interned for the duration of the conflict. 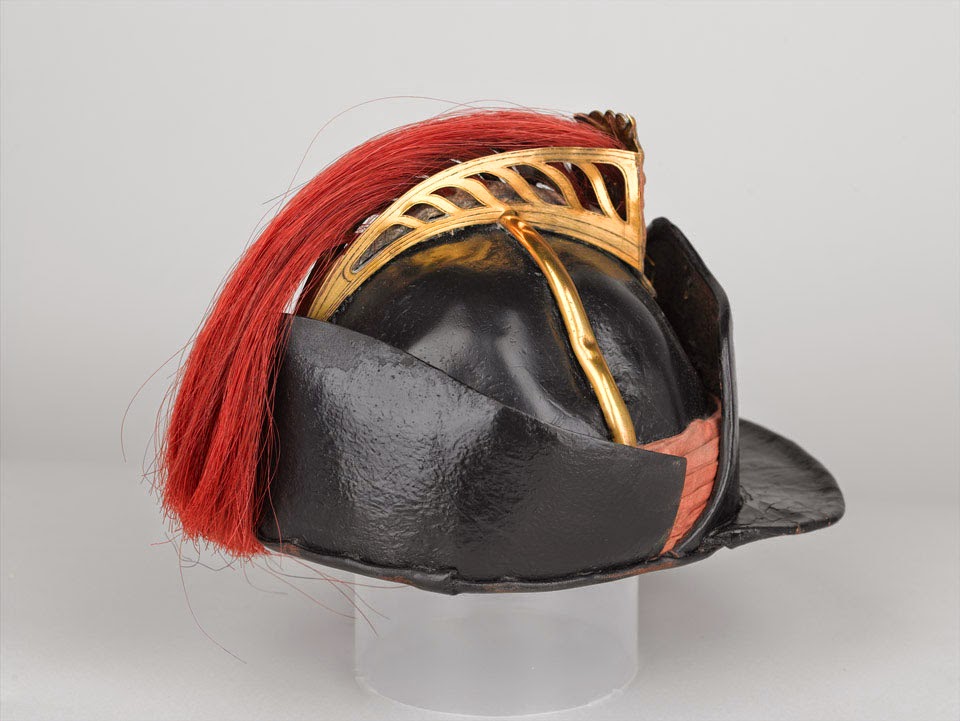 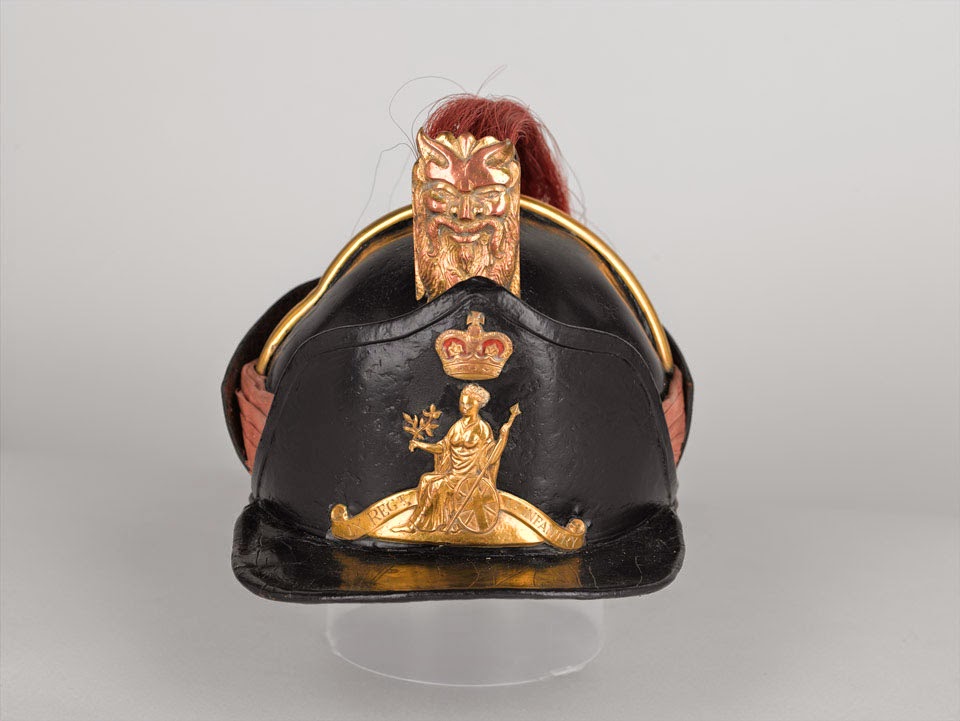 Copy and photo from the National Army Museum.
Posted by Contemporary Makers at Sunday, October 12, 2014